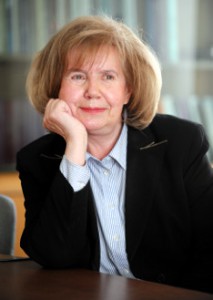 Biserka Cvjetičanin is a Emeritus Research Adviser, Department for Culture and Communication at the Institute for Development and International Relations (IRMO), Zagreb, Croatia, and former Deputy Minister of Culture of the Republic of Croatia (2000-2004). She holds a PhD in African Studies (comparative literature) from the University of Zagreb (1980). She studied at the Ecole des Hautes Etudes en Sciences Sociales (EHESS),Sorbonne, Paris, and at the School of Oriental and African Studies, University of London. Biserka Cvjetičanin is member of the Scientific Council of the UNESCO Regional Bureau for Science and Culture in Europe (2013-2016). She was a member of the UNESCO Administrative Council of the International Fund for the Promotion of Culture (2004-2008) and a member of the Advisory Committee for UNESCO World Report on Cultural Diversity (2006-2009). She is a founding director of the Network of Networks for Research and Cooperation in Cultural Development – Culturelink, established in 1989 by UNESCO and the Council of Europe. Her research areas include cultural development, cultural diversity, cultural policies and intercultural communication. She is the author and editor of numerous books, studies and articles including Cultural Policy in Croatia (1998), The Mediterranean: Cultural Identity and Intercultural Dialogue (1999), Dynamics of Communication: New Ways and New Actors (2006), Networks: The Evolving Aspects of Culture in the 21st Century (2011), Kultura u doba mreža  / Culture in the Age of Networks (2014). Cvjetičanin, PhD, delivers lectures at universities and institutes abroad. Since 2007 she is a member of the International Advisory Board of the journal L’Observatoire des politiques culturelles, Grenoble, France. She is the 1989 winner of the University of Zagreb award for scientific research and was awarded the French Legion d’honneur in 2003.