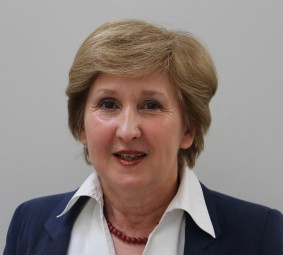 Višnja Samardžija obtained her PhD in 1993 at Faculty of Economics, University of Zagreb in the field of European integration. She is employed at the Institute for Development and International Relations – IRMO, since 1981, as Head of Department for European Integration, in a status of scientific advisor and associate professor. From 2000 to 2004 she was assistant minister in Ministry for European Integration. She had short study visits or training seminars at Wolfson College at Oxford, Diplomatic Academy in Wien, Central European University in Budapest and Japan. She is fluent in English and uses Italian and German passively. She has published numerous scientific papers in national and international publications (including Routledge and Palgrave) and journals, and has participated at many international conferences. As a single author or co-author she published four and edited several books. The main areas of her research interest are institutional and economic aspects of the enlargement of the European Union, Europe 2020 strategy, and civil security, relations between EU and Croatia and cooperation between the South-East European countries. She has participated as a researcher or a consultant in numerous international research projects financed by the European Commission (FP7 project “ANVIL – Analyses of Civil Security Systems in Europe“, “The Economic Crisis Impact on Industrial Relations“, ERASMUS projects PADEMIA and LIBOAN, PHARE project EU IMPACT), the World Bank (“Regional R&D Strategy for Innovation: Western Balkan Countries“) and foreign foundations.  V. Samardzija is external member of the European Affairs Committee of the Croatian Parliament (since 2014) and member of the Scientific Committee for Human Rights in the Croatian Academy of Sciences and Arts (since 2013). She is a Board member in the Trans European Policy Studies Association – TEPSA in Brussels (since 2010), member of Management Board in the Institute of Social Sciences Ivo Pilar, Zagreb (since 2014) and SMEs and Entrepreneurship Policy Centre – CEPOR, Zagreb (since 2003). Prof Samardzija lectures on two European doctoral studies at the Faculty of Political Science, University of Zagreb and University of Osijek. Award: Order of the Croatian Interlace (1999).