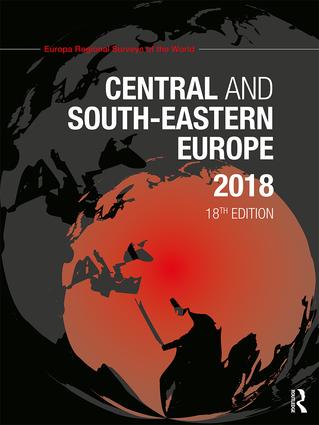 The authors Dr Nevenka Čučković (IRMO) and Dr Valentina Vučković, (EFZG) published a chapter on Croatian economy in the Yearbook “Central and South-Eastern Europe 2018” edited by Imogen Gladman and published by Routledge, London, UK. The authors are regular contributors to the Yearbook since 2009.
The text presents an analysis of the most important economic indicators for the Croatian economy in 2016 and an assessment of economic outlook for 2017 and 2018. The text brings the analysis of the main macroeconomic indicators as well as the trends in sectoral economic performance, with particular emphasis on the macroeconomic policy, foreign trade, fiscal and monetary policy, private sector development, FDI, labour market, housing, education and social policy. The GDP contiunued to grow in 2017, for the third year in the row after Croatia got out from the longest recession in the EU. Growth prospects for 2017 and 2018 remain stable around 2.8-3.1% with positive effects on the country’s economic outlook in the short term stemming from large increase of tourism earnings and more prudent policy-making related to decrease of governement deficit and public debt management. However, major source of a concern is related to how successful would be the restructuring process of Agrokor food and retail group.