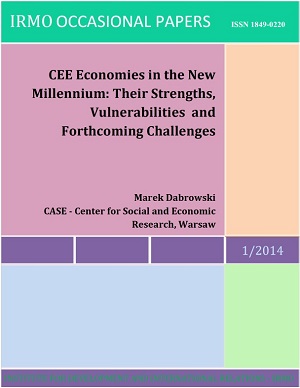 In this paper the author Dr Marek Dabrowski from CASE – Centre for Social and Economic Research, Warsaw, Poland analyses macroeconomic performance of CEE countries in the new millennium and singles out major factors which have determined this performance and its change over time. Since 2008 the entire region has become hit by the global and European financial crises, the negative consequences of which have not yet been overcome.  While the size of negative shock and resulting macroeconomic performance differed between individual countries, the crisis revealed common vulnerabilities such as high dependence on economic developments in advanced economies of Western and Northern Europe, and changes in global capital flows determined, in turn, by changes in monetary policies of major central banks, limited room for manoeuvre in national macroeconomic policies, unfinished domestic economic reform agenda and others.  The after-crisis macroeconomic prospects look uncertain and challenging. The pace of economic growth is unlikely to come back to the high levels of the early and mid–2000s soon.