Research and Development Policies in the Southeast European Countries in Transition: Republic of Croatia 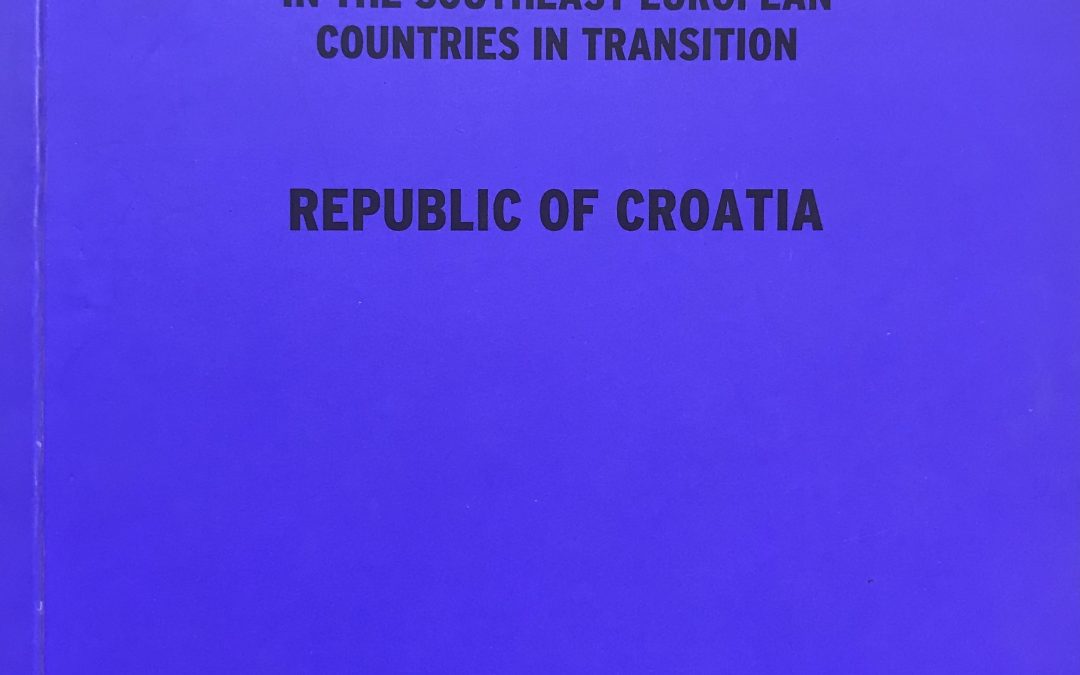 The present study on Research and Development Policies in the Southeast European Countries in Transition: Republic of Croatia has been prepared within the framework of UNESCO’s programme of participation in the activities of the member states, based on the proposal made by the Croatian Commission for UNESCO. The coordination of work on this study has been entrusted to the Institute for International Relations in Zagreb, whose academic council appointed Dr. Nada Švob Đokić, Senior Adviser, to direct the project. Among the objectives of this study, mention ought to be made of the intention to analyze the possibility of a successful development of science, research and development in a newly emergent European post-socialist state, such as Croatia; another objective has been to analyse the impact of transition and social transformation on research and development, the highly specialized and professional activity. We offer a survey of the main research and development policy guidelines for the period 1990 to 2000. Research and development policy is understood as a systematized integral whole consisting of objectives, methods, organizational forms, modes of action and the scientific results achieved in the context of a democratic social development. The present survey of Croatia’s research and development policies in the last decade of the twentieth century covers some elementary conceptual issues of scientific development and structure and functioning of the scientific system. The following topics have been covered: legislative and institutional framework for the management of scientific work (Professor Gvozden Flego, Ph.D.), financing (Professor Sibila Jelaska, Ph.D., Fellow CASA, Croatian Academy of Sciences and Arts), personnel (Katarina Prpić, Ph.D.), the position of research and development organizations (Velimir Pravdić, Ph.D., Fellow CASA), production and productivity in research and development (Professor Vlatko Silobrčić, Ph.D., Fellow CASA), specialization in research and scientific communication (Nada Švob Đokić, Ph.D.), and international cooperation (Professor Boris Kamenar, Ph.D., Fellow CASA and Professor Dionis Sunko, Ph.D., Fellow CASA). The introduction to this study and its conclusions, written by the project director, represent an attempt to systematize the views, attitudes and issues regarding the position of science in Croatia as seen by the authors in their specialized contributions.  Among the many problems that the authors of this study faced, the problem of terminology deserves to be mentioned. The usual Science and Technology (S&T) versus Research and Development (R&D) distinction reflects ambiguities and difficulties in defining precisely the field of our analysis. S&T refers to the state-supported activities that preserve traditional scholarly and theoretical interests and orientations. R&D stands for the dominance of applied knowledge production and reflects private and company interests, as well as the domination of private investment in research. In the post-socialist countries, the relationships between these two basic orientations of research activity remain varied and not precisely defined. The same structural problem reappears in the use of other terms as well: researchers, scientists, scholars, etc. Possible terminological imprecisions are due not to the lack of effort to standardize the terminology, but rather to its semantic non-transparency. The study is intended for the international and domestic professional and scientific public. It provides information on the social position and development of science in Croatia and will serve as a useful source in further work on the planning and programming of research and development in that country. The authors gratefully acknowledge the help of their colleagues who provided information, data and comments on an earlier draft of this text. Our thanks are due also to the State Statistical Bureau and the Ministry of Science and Technology of the Republic of Croatia, which put their data at our disposal.

The introduction to this study outlined the international and transitional context within which the science policy of Croatia was formulated and conducted. It was shown that the formulation of a science policy was a relatively new developmental experience, which was particularly evident in the first National Research and Development Programme. The scientific policy remained in the shadow of unsolved questions of principle and in a situation in which the social and developmental role of science was not sufficiently appreciated. That is why science was exposed not only to the objective problems of transition and restructuring of the entire research and development field, but equally to ill-thought out, often arbitrary decisions and solutions, many of which were counterproductive. Each section of the present study which analyses the functioning of a segment of research and development work offers conclusions that cover specific fields and particular issues. Without going back to look at each field of research and scientific policy in Croatia in the last decade of the twentieth century, we would at his point like to highlight the following conclusions:

Finally, it should be stressed once again that Croatia needs to define its own science policy, that this policy should be presented to the public, that it should be implemented, and that institutional mechanisms for its evaluation should be developed.

This publication is available in elektronic format: Research and Development Policies in the Southeast European Countries in Transition: Republic of Croatia