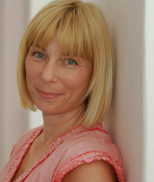 Daniela Angelina Jelinčić holds a PhD in ethnology from the Faculty of Humanities and Social Sciences, University of Zagreb (2004). She works as a senior research adviser, at the Department for Culture and Communication where she coordinates the project ˝Cultural Diversity, Intercultural Communication and Digital Culture˝. Her research interests are in cultural tourism, cultural/creative industries, cultural policy, creativity/innovation, social innovations and innovations in culture. She lectures on cultural tourism, cultural heritage management, creative industries, economy of culture at the University of Dubrovnik, University of Zagreb and Institute for Social and European Studies – UNESCO Chair in Cultural Heritage Management and Sustainability in Köszeg, Hungary. She is the (co)author of different strategic documents, studies and management plans such as Cultural Tourism within the project ˝Croatia in the 21st Century: Strategy of Cultural Development˝, 2000; “Management Plan of the Dubrova Sculpture Park in Labin”, 2016; “Management Plan of the Lazareti Monument Complex in Dubrovnik”, 2015; “Management Plan of the Lazareti Monument Complex in Dubrovnik”, 2015; “City of Dubrovnik Cultural Development Strategy”, 2014; “Management Plan of the Episcopal Complex of the Euphrasian Basilica in Poreč”, 2014; “Marketing Strategy and Action Plan for Health/Vitality Tourism Development in the City of Buzet”, 2013; ˝Strategy of Protection, Preservation and Sustainable Economic Use of Croatian Cultural Heritage 2011-2015˝ for the Ministry of Culture, 2010; ˝Development Strategy for Museum Activities of Dubrovnik Museums˝, 2010; ˝Zagreb as a Cultural Product: Study of the City Development Potential through cultural/creative industries˝, 2010 and ˝Zagreb as a Cultural Product: Action Plan for Zagreb Cultural/Creative Industries Development˝ for the City of Zagreb, 2012; ˝Encouraging Private Investment in the Cultural Sector˝ for the European Parliament, 2011; ˝Marketing Strategy and Action Plan for Health Tourism Development in the City of Buzet˝, 2013. She is a Council of Europe expert for cultural tourism, consultant in cultural and tourism projects, Culturelink Network team member and author/editor of several scientific books. In 2010, she was awarded the City of Zagreb Award for her book ˝ABC of Cultural Tourism˝. Also, she is a 3rd prize winner for the Multidisciplinary Solution of the Croatian Pavillion at the EXPO 2012 Yeosu, Korea.