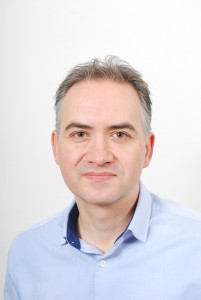 Hrvoje Butković (1972) works as a Senior Research Associate at the IRMO Department for European Integration. He defended his PhD on the topic of the EU’s democratic deficit in 2010 at the Faculty of Political Science of the University of Zagreb. Topics of his primary scientific interest are: democracy in the EU, institutional development of the EU and industrial relations in Europe. He participated in implementation of numerous international research projects focusing on the various aspects of integration in the EU such as: EU IMPACT – Academic Network for Communicating Integration Impacts in Croatia and Ireland and POLO-Cro28 – Policy Observatory in Croatia. Since 2012 he participated in implementation of several international projects researching industrial relations. These projects analysed impacts of the economic cries on the social partners in Croatia and other new EU member states. This engagement resulted with the publishing of three scientific books in co-authorship. He participated as a speaker at numerous scientific conferences, published scientific and professional articles, participated in organisation of many conferences and cooperated with the media and the National Foundation for Civil Society Development.