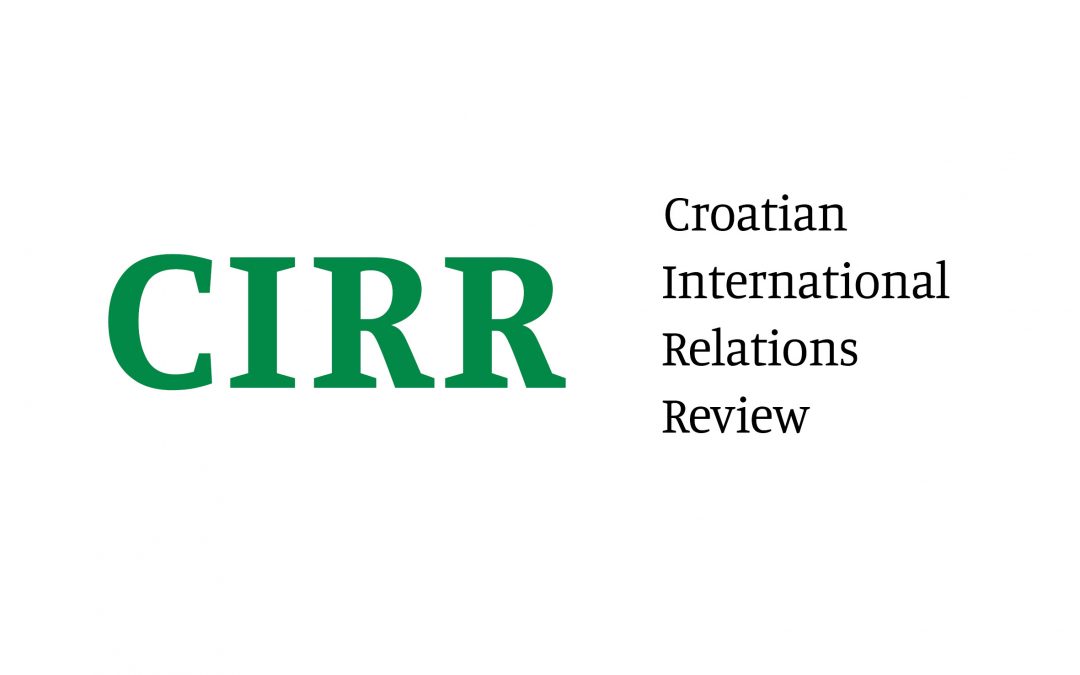 A new issue of the Croatian International Relations Review – CIRR has been published (Vol. 20 No. 70).

The journal can be downloaded directly, or its individual articles from our DeGruyter (articles) and Hrčak (articles and book reviews) websites.

In this issue, Vjeran Katunarić writes about two different sociological paradigms of social evolution and about a culturally sustainable development which, as their hybrid, positively overcomes their inherent tensions. From a juridical perspective, Ivona Ondelj looks at the principle of solidarity within insurance schemes competing on the market in the European Union. Hang Nguyen takes a detailed look at the politics of the Nixon administration towards the European Union and its project of integration.

Several recent books are reviewed: by Robert Mikac (about private security companies), Stuart Elden (about the historical understanding of the concept of territory) and edited books by David. G. Mayes and Anna Michalski (about the changes of the welfare state in Europe) and Wolfgang Zellner, Hans-Joachim Schmidt and Götz Neuneck (about the future of conventional arms control in Europe).