The article “Pluralism or Polarisation of the Mass Media on the Internet: The Case of Monetisation of Croatian Motorways” 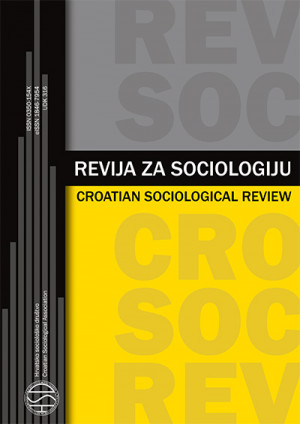 The article is titled Pluralism or Polarisation of the Mass Media on the Internet: The Case of Monetisation of Croatian Motorways. In the study the authors analysed the patterns of the production of news about Croatian motorway monetisation on the websites of the mass media from the standpoint of political economy and sociology of news production. These approaches were combined with quantitative and qualitative research to deepen the understanding of digital media production and the pluralism of the media space in Croatia. Ten press, television and radio organisations with the highest online audience reach were selected for the purpose of content analysis of their online media production. The subjects of analysis were their reports on the issues of motorway monetisation and signature collection for a referendum against that measure. The reports (N = 275) were analysed for their value orientation towards the topic and media visibility of the main social and political actors. In media reporting on the topic, the most exposed actors were members of the Croatian government and representatives of non-governmental organisations. Differences in value judgments dominant in the published reports were found with regard to the ownership structure of the media. To explore the subjective experiences relating to motorway monetisation and digitalisation of work activities, semi-structured interviews with editors and journalists were conducted (N = 26). The aim was to assess the way in which political, economic and organisational factors surrounding digital media communication influence work activities. The research was focussed on the structural conditions (ownership, advertising, politics and regulation of digital media) and internal conditions (the culture of daily routines). Although digitalisation introduces certain novelties in the work culture, political and economic interests persist as the dominant factors shaping the daily work activities of media professionals. The authors concluded that the analyses of the observed case provide certain evidence of polarisation of the media debate in Croatia, for which the essential factors proved to be media ownership as well as the imperatives of high audience reach and the speed of news publication on the mass media websites.