Article ‘Lost Income and Found Solidarities: The Impact of the First Wave of the COVID-19 Pandemic on the Cultural Sector in South-Eastern Europe’ 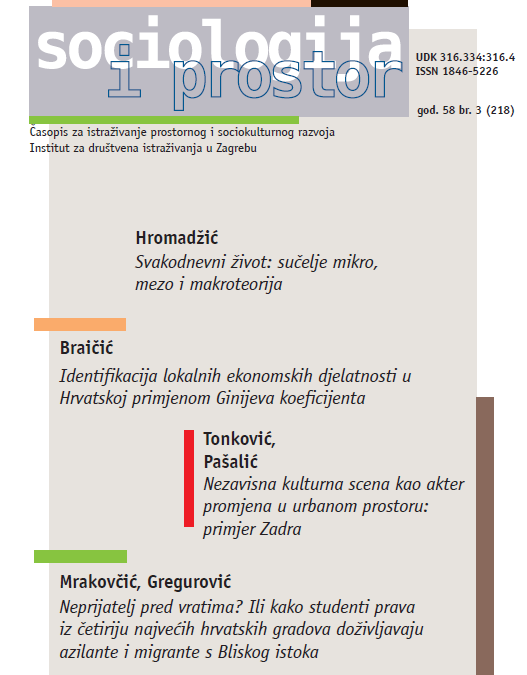 The article ‘Lost Income and Found Solidarities: The Impact of the First Wave of the COVID-19 Pandemic on the Cultural Sector in South-Eastern Europe’ is based on the research conducted in selected countries of Southeastern Europe by The Centre for Empirical Cultural Studies of South-East Europe – CECS. As a Croatian partner on the project, in the article Dr Primorac shows how in the period from May till July 2020 in all of the researched countries (Bosnia and Herzegovina, Croatia, Northern Macedonia, Montenegro, Serbia and Slovenia) cultural workers noted a significant drop of income, expected decrease in total earnings and continued trend of the necessity of additional work and self-exploiting practices. In the researched countries, the measures for minimizing the negative impact of the pandemic on the cultural sector were mainly not adopted at the local level. If they were adopted on the national level, these predominantly included one-time assistance to artists and cultural workers, and selected indirect measures, where a difference between EU Member States and those outside of the EU exists. The data shows a limited influence of international foundations and networks on the sector, however, one can note an increase of initiatives and networks of solidarity of professional associations, NGOs and independent cultural workers. The research shows that for the cultural sector in South-Eastern Europe the first wave of the COVID-19 pandemic has brought about a number of negative consequences, while the early measures in most of the countries were of limited impact and scope. The positive effects are reflected in the strengthening of solidarity within the sector and greater networking among cultural workers, as well as in the strengthening of the view that a new, more sustainable approach to the cultural sector is needed, and which is not based on the market logic.

The article is available in open access at the following link: