Technologies of Labour and the Politics of Contradiction 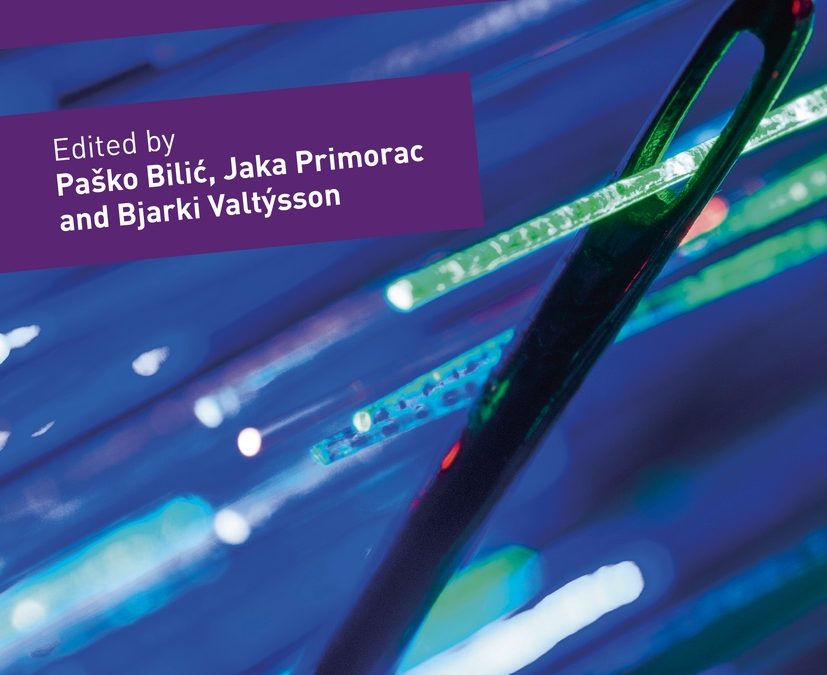 Paško Bilić, PhD and Jaka Primorac,PhD researchers from the Department for Culture and Communication, IRMO in cooperation with Bjarki Valtýsson, PhD (University of Copenhagen) are the editors of the edited volume entitled ‘Technologies of Labour and the Politics of Contradiction’ published by Palgrave Macmillan in the ‘Dynamics of Virtual Work’ series.

The book is situated in the nexus between technology, labour and politics. It focuses on contradictions as heuristic devices that uncover struggles, frictions and ambiguities of digitalization in work and labour environments. Topics include contradictions in automation, internet platforms, digital practices, creative industries, communication industries, human interaction, democratic participation and regulation. Three cross-cutting themes can be identified within the diverse chapters represented in the book. First, many authors argue that labour and economic valorisation occur outside of the traditional concept of working space and time. Second, digital technology is not fixed under capital. It is malleable and mouldable. Third, many political tensions are occurring without organized awareness or dissent.

The book will, therefore, be of interest to researchers and students in the fields of sociology of work, media studies, cultural studies, gender studies, science and technology studies and Critical Theory as well as to trade-unionists and policy makers.

“What distinguishes this collection is its thematisation of the contradictions attending computerized and networked labour. This seems to suggest an orientation towards contestations, complications, paradoxes and ambivalences that might have been flattened out or neglected in partisan polemics. As such, it could mark a ‘maturing’ of the digital labour debates, and as such is to be welcomed.” (Nick Dyer-Witheford, University of Western Ontario, Canada)

“In a world dominated by social media, widespread algorithmic direction of human activities, and, imminently, sweeping robotisation, this empirically wide-ranging analysis of the labour-technology relationship could not be more timely or pressing.” (Juliet Webster, Work & Equality Research, UK)

“Technologies of Labour and the Politics of Contradiction provides an excellent contribution to current debates in the trend toward labour capture in digitalized environments. Bilić, Primorac and Valtysson have gathered several extremely important case studies and theoretical interventions, bringing to light a range of worrying contradictions and volatility of labour markets where the future is yet undetermined, where artificial intelligence hints toward barbarism and extreme working conditions are hidden behind black box mythologies.” (Phoebe V Moore, Leicester University Business School, UK)

The book is available by following this link: Technologies of Labour and the Politics of Contradiction