Debate: title „Faced with the intensity of global and geopolitical challenges, is Europe still the answer? A meeting of French and Croatian views“ 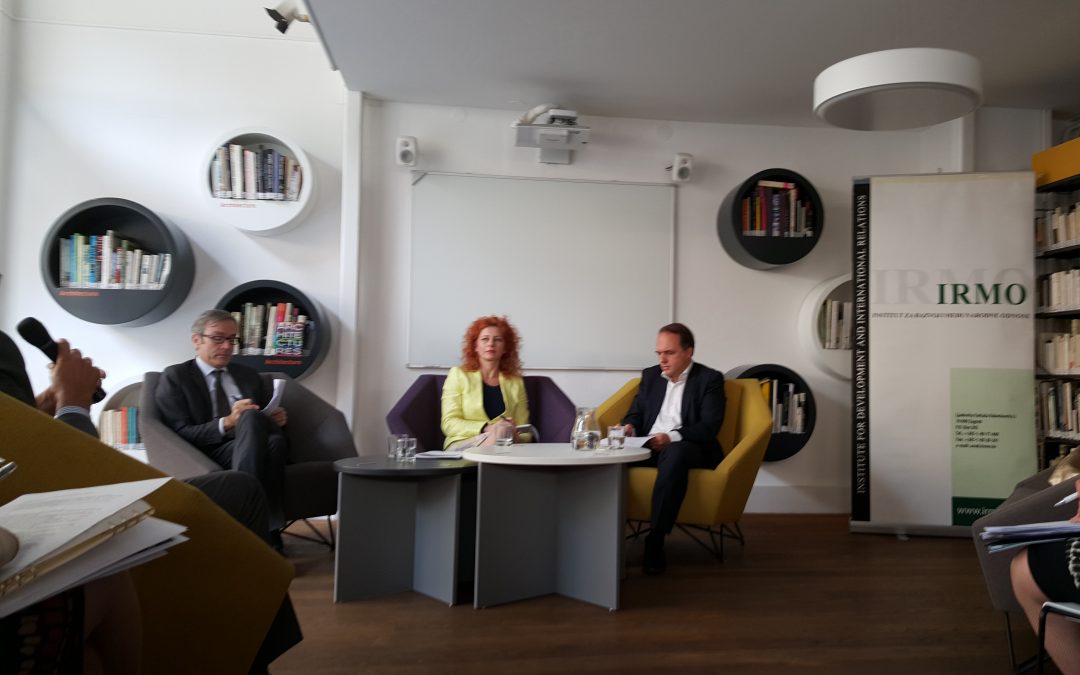 IRMO and the French Institute in Zagreb organized on Thursday, 10 September 2015 in the premises of the Mediatheque a discussion on current issues facing the European Union under the title „Faced with the intensity of global and geopolitical challenges, is Europe still the answer? A meeting of French and Croatian views“. Following the main line of the State of the Union address which the President of the European Commission delivered on Wednesday, 9 September 2015 to the European Parliament, the speakers focused on main issues raised by Mr Juncker in his speech – the migration crisis, the Greek crisis and the future of the Eurozone, British proposals for reforming the EU, conflict in Ukraine and relations with Russia, concluding with a brief comment on climate change which is to be more broadly discussed at a conference planned for October. Commentators, Yves Bertoncini, director of the Institute Jacques Delors from Paris, Daniel Mondekar, Chairman of the European Affairs Committee of the Croatian Parliament, and the moderator Senada Šelo Šabić from IRMO provided for a lively debate with contributions from the engaged public.