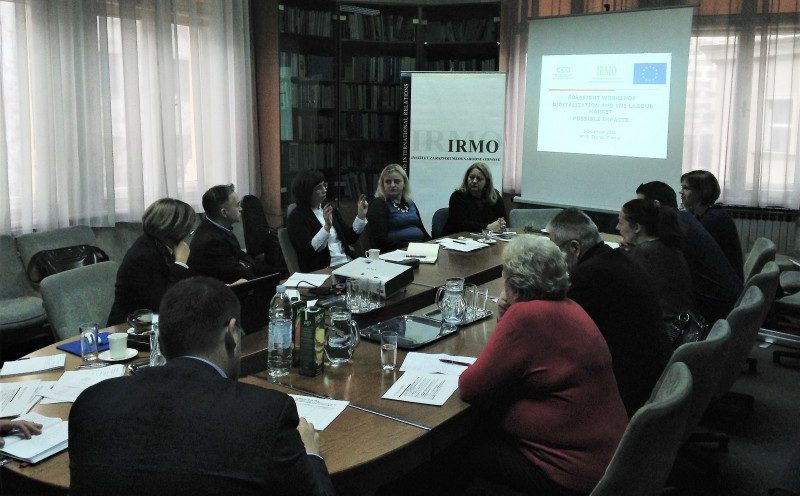 On Monday the 5th of December 2016 in the premises of IRMO the foresight workshop was held about the role of industrial relations in forming of economic and social policies; having in mind the growth of digital economy and changes on the labour market caused by digitalisation. The workshop participants discussed the future digitalization trends in Croatia, new forms of labour, necessary changes in legislation and education as well as the role of the social partners. The discussion on the workshop will serve as a base for developing scenarios of future development of industrial relations in Croatia, having in mind the impact of digitalization on the labour market. The workshop participants were representatives of Croatian social partners, independent experts and IRMO researchers. This activity was organized within the research project “Industrial Relations in Central and Eastern Europe: Challenges ahead of Economic Recovery”, which is financed by the European Commission, DG for Employment, Social Affairs and Inclusion (VP/2015/004/0124). The project is coordinated by the Centre for Economic Development (CED) from Sofia, while in Croatia it is being implemented by IRMO as a partner.