IRMO at the Economic Forum in Krynica 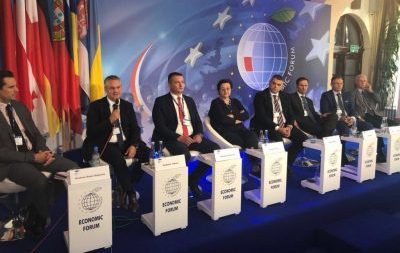 Senior Associate at IRMO Krševan Antun Dujmović, M.Sc. has participated at the Economic Forum held in Krynica from 4 to 6 September. Dujmović took part in the panel  on European perspective of the Western Balkans counters, and in the panel on energy security of the European Union.

The Forum which was held for the 28th time in the Polish town Krynica- Zdrój is one of the biggest economic events in Central and Eastern Europe, and is also known as the ”Eastern Davos.”

Over two thousand participants from Europe and around the world were present at the Forum, and around 200 panels covered a wide range of topics, including future of the EU and global relations, and latest developments in digital industry, energy and other business sectors.