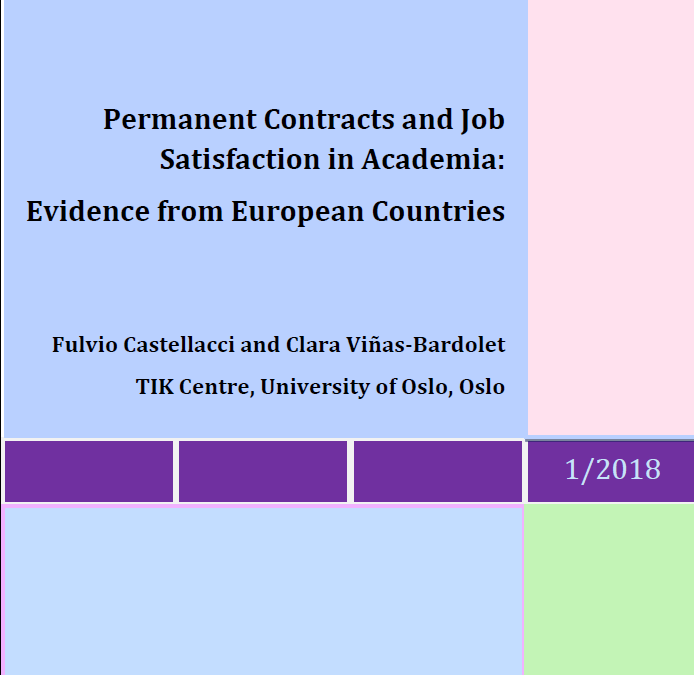 This issue brings a text written by Dr Fulvio Castellacci and Clara Viñas-Bardolet from TIK Centre for Technology, Innovation and Culture, University of Oslo, Norway. The authors analyse relation between permanent contracts and job satisfaction among academics in European countries. Namely, temporary contracts are increasingly used in academia. This is a major concern for non-tenured researchers, since weak job security may hamper job satisfaction. In spite of the relevance of this topic, scholarly research on the theme is rare. This paper presents an empirical analysis of the role of academic tenure for job satisfaction of researchers in European countries. The work uses data from the MORE2 survey, a large-scale representative survey of researchers in European countries. The results show that, ceteris paribus, academics with a permanent contract are on average more satisfied with their job than those that are employed on a temporary basis. The authors also show that academic tenure is a relatively more important factor of job satisfaction for researchers at an intermediate stage of the career. Finally, they point out some important differences among European countries.

This publication is available in electronic format: Permanent Contracts and Job Satisfaction in Academia: Evidence from European Countries

IRMO Occasional Papers (about publication and past issues)