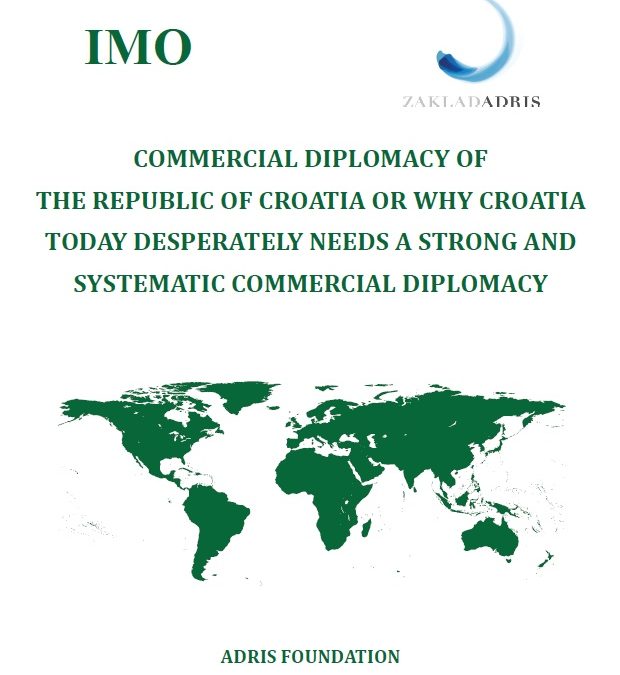 The Book “Commercial Diplomacy of the Republic of Croatia, or Why Croatia Today Desperately Needs a Strong and Systematic Commercial Diplomacy” written by Sanja Tišma, Ana-Maria Boromisa and Anastasya Raditya-Ležaić, is the result of the research project with the same title, funded by Adris Foundation. In this research they tried to answer the question of how and to what extent commercial diplomacy could help Croatian economy to be more competitive in the global market.
This publication is a result of research, a series of workshops and interviews with various stakeholders, including the main actors and the users of commercial diplomacy in the Republic of Croatia. Based on the situation review, the model of commercial diplomacy used in Croatia was determined, while the next part of the study evaluated its success. Additionally, the book also brings examples of the world’s practice. The authors then provided recommendations for future improvements of the Croatian commercial diplomacy.