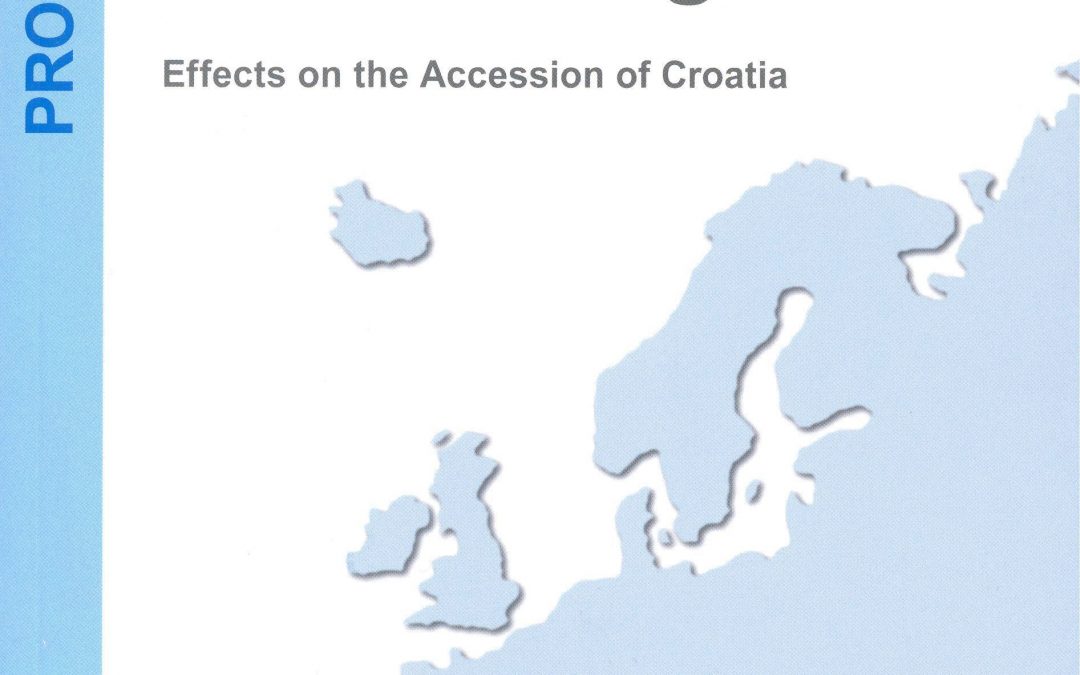 The fourth international Pècs Initiative conference Completing Eastern Enlargement (including Bulgaria and Romania) and its Effects on the Accession of Croatia was held on 13 October 2006 in Zagreb. The main goal of the conference was to contribute to a better understanding of the EU enlargement process and the changes and challenges it presents. The presentations were grouped around four topics. The first, the EU in Crisis and the Future of the Enlargement Process, was followed by Four country reports (Croatia, Bulgaria, Romania and Hungary). These reports provided an overview of the integration process, viewed from different perspectives. Possibilities to foster various forms of regional cooperation were elaborated in more details by presenting the Experiences and prospects of using EU funds and presenting Case studies on regional cooperation in fighting corruption and enabling a physical connection between various regions. The conference led to the conclusion that the experiences of the countries included in the fifth round of enlargement can immensely contribute to the efficiency of negotiations and preparations for the EU accession of present candidates. Also, it showed that the process of sharing experiences and ideas can help to improve networking, establish good contacts and relations among the EU member states and candidates, and by doing so can contribute to European and regional security and political context. However, this cannot be achieved by engaging only the political elite in the process. In the introductory part, Dr Fieisnger’ s chapter on regional cooperation in Central and Southe Eastern Europe sets the framework and explains the role of Hanns Seidel Foundation in promotion of regional co-operation. The chapter The EU as a Framework and Goal presents experiences and expectations from the enlargement. The papers in this part identify a number of topics related to the future of the integration process, outlining its complexity and by doing so set the framework for explaining and promoting regional cooperation. The papers in the second part of the book, Regional issues and national choices analyse specific issues related to the process of integration within and toward the EU in more details. Finally, a brief summary presents the main conclusions and challenges identified by the papers and the conference.