Economic aspects of Croatia’s integration into the European Union 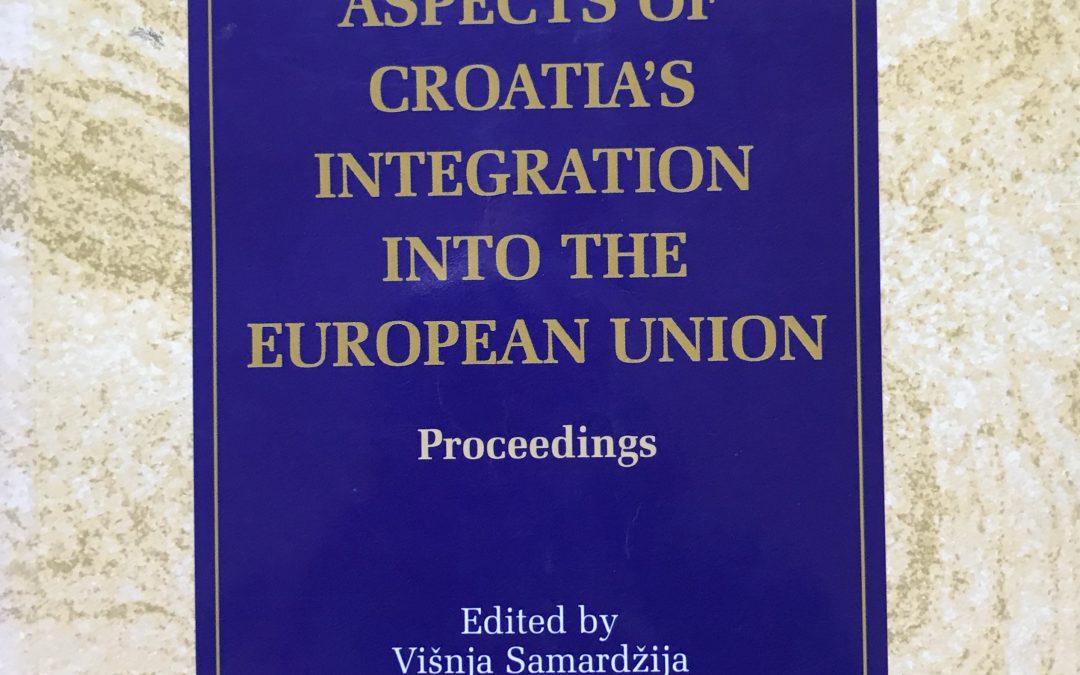 The Proceedings, published jointly by the Institute and Trans European Policy Studies Association – TEPSA from Brussels is a result of the IRMO – TEPSA international Conference Economic Aspects of Croatia’s Integration into the EU, organised in Zagreb in December 1996. The Proceedings presents three main papers which made the basis for discussion at the Conference. The first one (prepared by IMO in cooperation with a group of Croatian experts) is one of the first preliminary assessments of the effects of integration into the EU on the Croatian economy. The paper is based on a presumption that the future Cooperation Agreement, which will regulate Croatia’s relations with the EU, will hopefully lead to some higher form of integration. Therefore the analysis is focused on the initial changes caused by the associated status, particularly the effects on trade between the EU and Croatia, the estimates of implications on the balance of the payments level as well as on fiscal revenues. The analysis includes the simulation of macroeconomic developments and the assessment of sectoral effects. The second paper, prepared by Prof. Luc Bernard, Catholic University of Leuven, confronts four different options of Croatia’s link with the EU. It analyses which one brings more benefit in terms of static gains, competitiveness, and foreign direct investment. The options were EU membership, customs union with the EU, free trade zone with the EU and unilateral tariff reduction strategy. The analysis shows that in all three aspects analysed, the first option of the EU membership ranks first. The author of the third paper is Prof. Fritz Breuss, WIFO Vienna, who analysed Austria’s experience in integration into the EU. The experience of Austria, as well as the experiences of other countries, such as Spain, Portugal and Greece, provide useful guidance for the countries which are aiming to join the integration process, such as Croatia. The positive experience of Austria, which might be instructive for the Eastern European countries, was to enter the European Economic Area before joining the EU. A similar approach might help those countries to learn how to adjust (especially legally) to the EU and might force them to adjust to part of the acquis communautaire a priori. The papers are followed by the comments given by the invited experts. Finally, the proceedings bring a brief overview of the discussion held at the Conference, together with it’s conclusions and recommendations.