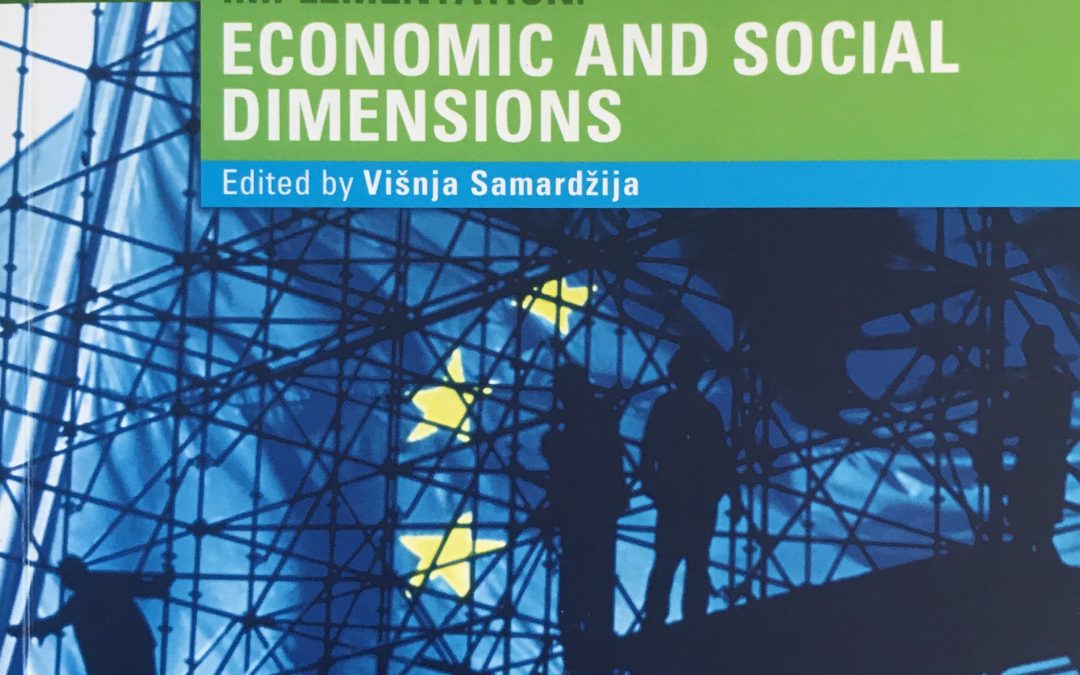 The book Reforms in Lisbon Strategy Implementation: Economic and Social Dimensions is the first publication in Croatia that is entirely dedicated to the EU Lisbon Strategy. The book is in English and it is published by the Institute for Development and International Relations from Zagreb and the Zagreb Office of the Friedrich Ebert Stiftung. The contributions ware originally presented at the international conference bearing the same title that was held in Zagreb in May 2006.

The book analyzes the importance of the Lisbon Strategy for the EU and its member states, and examines its potential implications for the EU candidates, particularly Croatia. The Lisbon Strategy seen as the EU reform framework for the period until 2010 represents an important scientific and research topic in the area of European studies. The Lisbon Strategy goals are incorporated in the EU policies towards the Stabilisation and Association Process (SAP) countries; therefore they represent an increasingly important reform area for Croatia and other SAP countries. This publication places the possible implications of the Lisbon Strategy for Croatia in the context of the overall developments and achievements in this area, both on member state and on the EU level.

Since Lisbon Strategy is a topics which has not been given much attention in Croatia, the published articles represent the base for further research. They promote academic communication, present experiences of selected countries and give opinions and new arguments in analyzing different aspects of this topic.

Marius-Jan Radło argues that reforms in the EU member states which have been implemented in the ambit of the Lisbon Strategy can be used as impetus for the formulation of policies in Croatia. For Radło the measures envisaged to be implemented by the Community are less important since they primarily set directions, while concrete steps are left for the member states.

Tamász Szemlér thinks that defining measures on the Community level can run into difficulties because of the different implementation periods envisaged for the various programs on the EU and on the member state level. He argues that such lack of coordination, especially if the EU structural policy priorities start being decided in accordance with the Lisbon goals, could make the co-financing of national reforms from the EU funds further difficult.

The book is intended for the scientific and professional public; for experts indebted with creation of strategies and their implementation plans, for students of graduate and post-gradates courses interested in economic policy and ways for its implementation etc. It can be used as a manual, a base for research and in terms of application of best practice, since it broadens the research of the Lisbon Strategy on Croatia and on other countries in South Eastern Europe. This book also represents a contribution to implementation o the Communication strategy for informing of Croatian public on the European Union and preparations for membership.

This publication gives a broad outlook on the complex set of themes connected with the Lisbon Strategy implementation, and the importance of this strategy for Croatia. It offers an insight in the existed research; its contributions are stimulative for further research and they are applicable in preparation of development and implementation plans.

This publication is available in elektronic format: Reforms in Lisbon Strategy Implementation: Economic and Social Dimensions