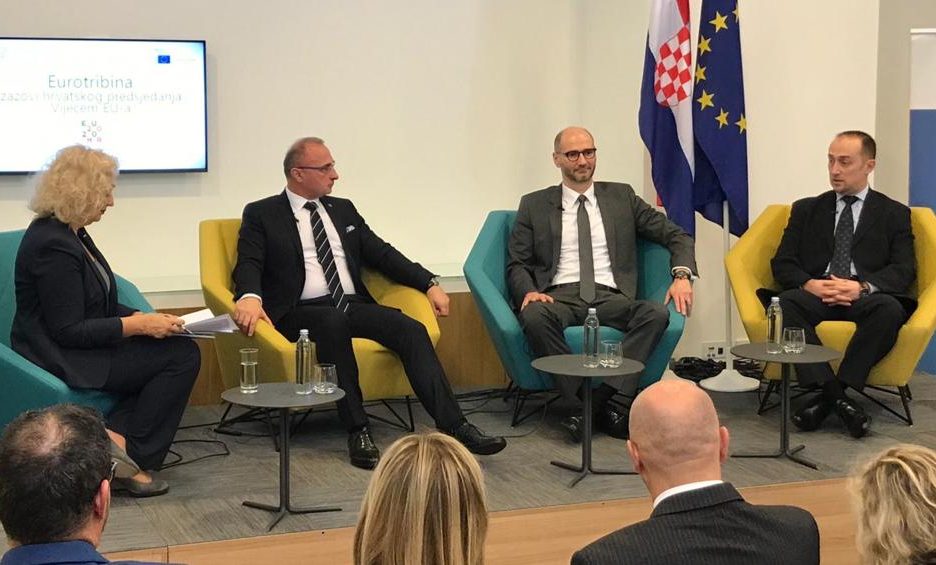 Zagreb: Representation of the European Commission in the Republic of Croatia, Augusta Cesarca 4

Croatian Radio, supported by the Office of the European Parliament, organises a series of debates about European policies and the most important topics from the field of functioning of the EU. Apart from Croatian Prime-Minister Andrej Plenković, following panellists contributed to the debate about the Croatian EU Presidency: GordanGrlić Radman, Minister of Foreign and European Affairs, Joško Klisović, Vice-Chairman of the Parliamentary Committee for the Foreign Policy and Sandro Knezović, Senior Research Associate from the Institute for Development and International Relations.

The aforementioned public debate dealt with the challenges that shape the contemporary political discourse and activities, ranging from Brexit, EU Budget 2021-2027, European Green Deal, security challenges in contemporary geostrategic environment, perspectives of the EU enlargement in Southeast Europe, but also with the potentials and ways for further international affirmation of the Republic of Croatia during its EU Council Presidency.