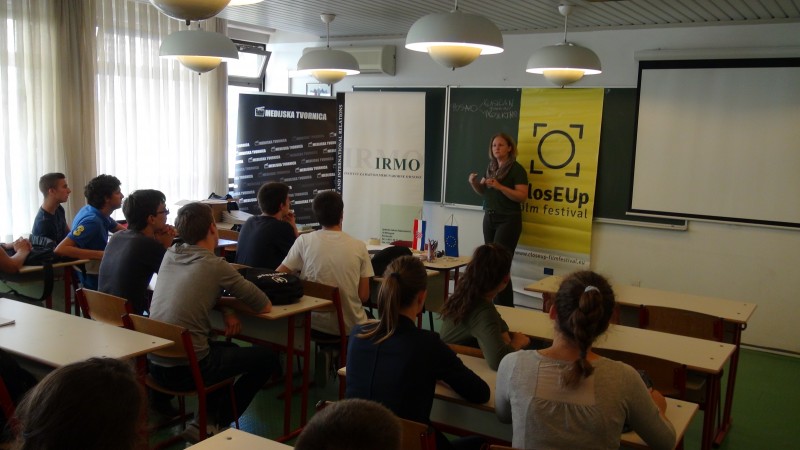 In Split, 23 September 2014, began teaching in secondary schools within the project “ClosEUp / Europa izbliza.” Information on EU programs with a focus on project preparation and project cycle will be presented to the younger generation through lectures in 20 high schools in Split, Dubrovnik, Krapina, Slavonski Brod and Zagreb.

On 23-25th September 2014 lectures were given at the Third High School, popular MIOC, then in the Fifth High School, “Vladimir Nazor” and SUS Rotary-technical school in Split. At the workshops, students have demonstrated that they understand the project mode and brought the original project ideas which touch on the real problems that surround us.

In Dubrovnik, 26 September 2014, the students of the Economic and trade schools, Tourism and Catering School and Maritime-technical schools had the opportunity to hear a lecture on the topic of developing the project and participate in a workshop where the teams worked out their project ideas and on practical examples demonstrated adopted knowledge.

Festival „ClosEUp“ is realized with the support of the European Union as part of the program IPA INFO 2012 and lasts 18 months. The overall value of the project is 99.858.