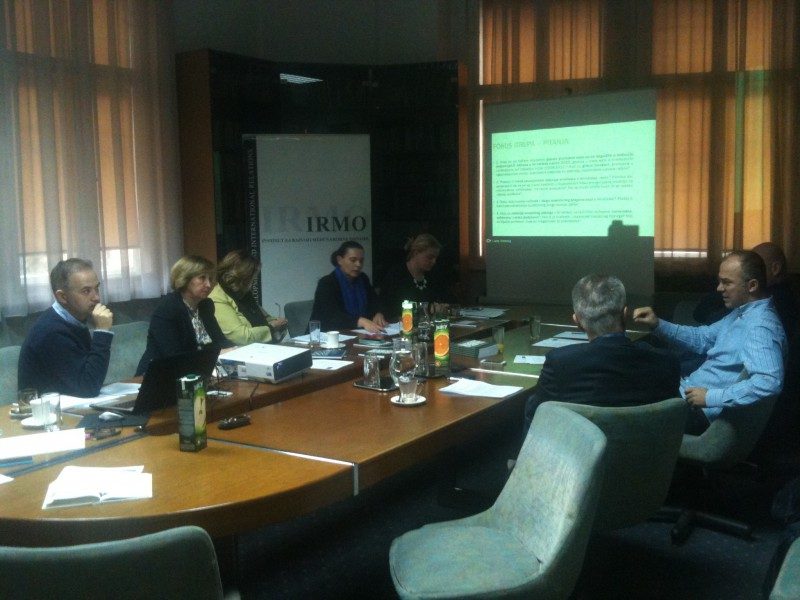 On Tuesday, October 11, 2016 a foucs group on industrial relations in Croatia ahead of economic recovery (the last 3-5 years) from the trade unions perspective was held in IRMO. The participants in the focus group were trade unions representatives and independent experts. The focus group was moderated by IRMO researches from the Department for European integration. This activity was organized in the framework of the research project „Industrial Relations in Central and Eastern Europe: Challenges Ahead Economic Recovery“ (VP/2015/004/0124). The project is finacially supported by the European Commission, DG Employment, Social Affairs and Inclusion. Project is coordinated by the Centre for Economic Development (CED) from Sofia, while IRMO implements the project in Croatia, as a project partner.

Project: “Industrial relations in Central and Eastern Europe: Challenges ahead of economic recovery”