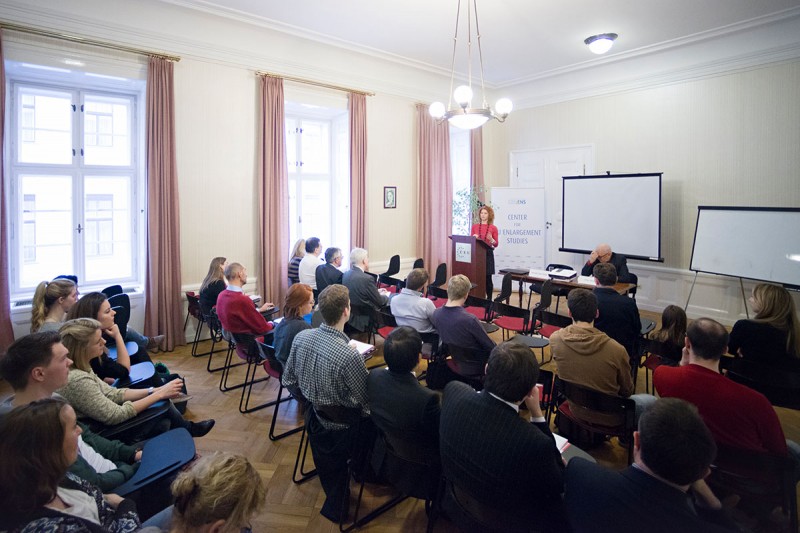 Senada Šelo Šabić, a research associate in the Department of International Economic and International Relations, on Monday 3rd March 2014 gave a public lecture “Croatian Foreign Policy after EU Accession” at the Central European University in Budapest upon the invitation from the Center for EU Enlargement Studies.

The audience was mixed and the lecture was followed by an interesting discussion.

For more information on the lecture please follow this link.