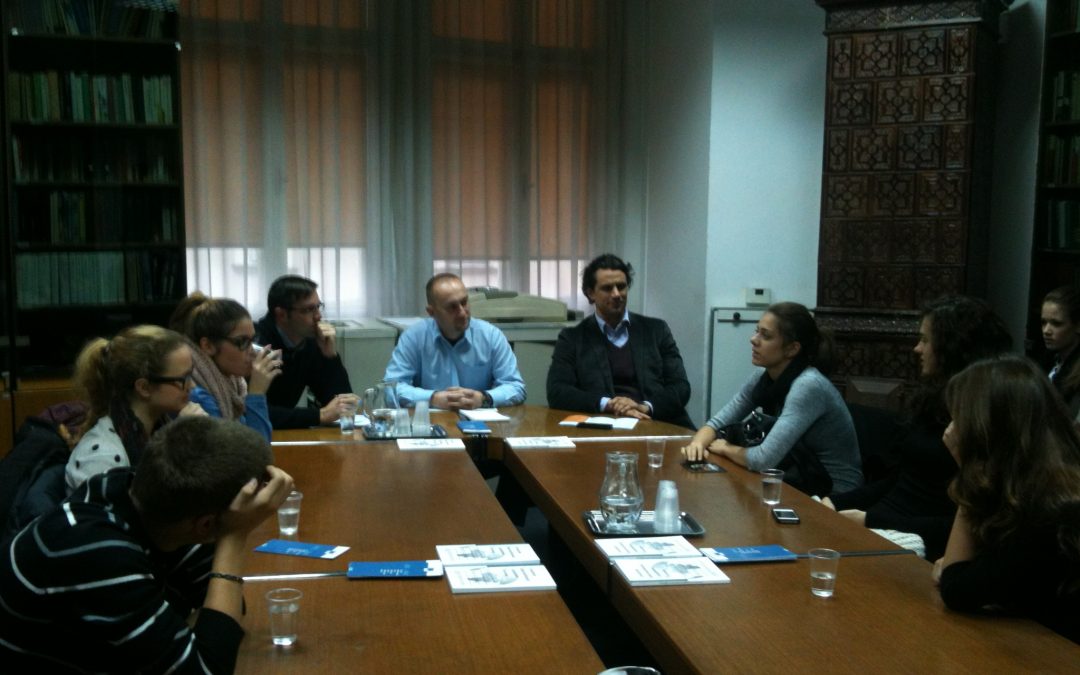 On Friday, 28th of November 2014, thirty students from Zagreb’s I. Gymnasium visited IRMO as part of the project „European civic consciousness among youth in the Republic of Croatia“, conducted by the Youth Initiative for Human Rights. The students were hosted by Sandro Knezović, Krševan Antun Dujmović and Janko Bekić in the institute’s library. After the students shortly introduced themselves, Sandro Knezović gave his keynote address on the institute’s mission through more than 50 years of existence, as well as on its current twofold orientation towards the aspects of development and international relations. In so doing he stressed IRMO’s multi- and interdisciplinarity as its greatest virtue and comparative advantage. Krševan Antun Dujmović informed the students about the activities of the European Documentation Center, but also about the present challenges facing the European Union and Croatia as its newest member state. Janko Bekić presented the current projects of IRMO’s four departments, giving a detailed overview of the ongoing study on postconflict reconciliation in Croatia. In addition to this summary of IRMO’s activities, Sandro Knezović briefly sketched the development of the political situation in Croatia and its surroundings since the year 2000, emphasizing the centrality of the accession process to NATO and the EU.