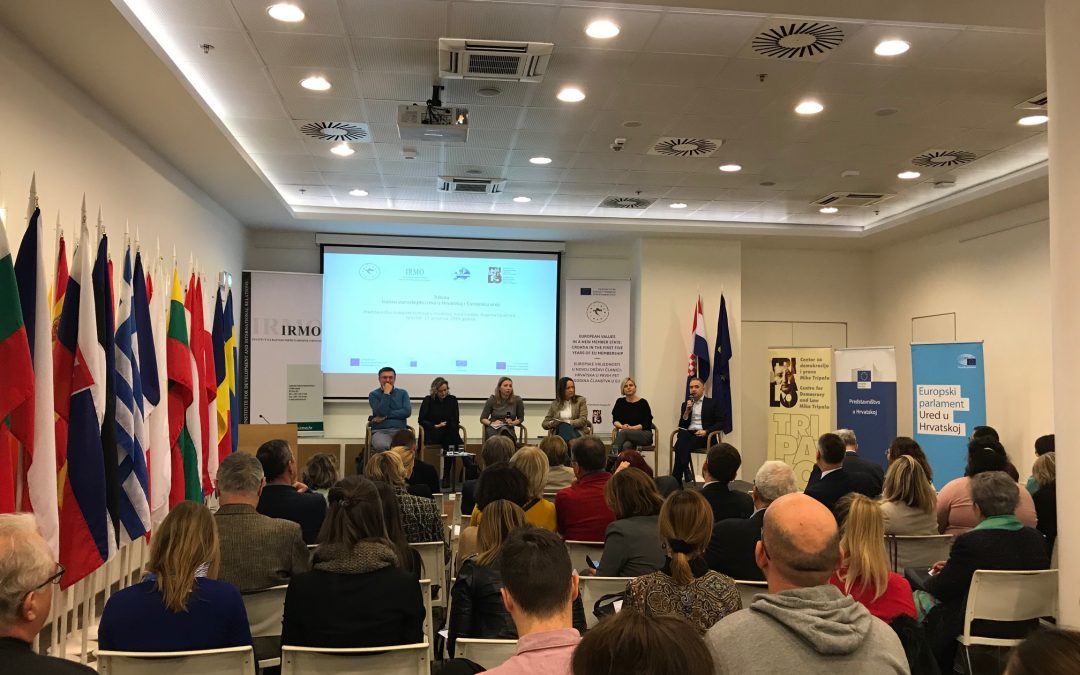 The Institute for Development and International Relations (IRMO), Centre for Democracy and Law Miko Tripalo and Trans European Policy Studies Association (TEPSA) from Brussels, with the support of the Representation of the European Commission in the Republic of Croatia and the Office of the European Parliament in Croatia organized a town hall meeting “Challenges of Euroscepticism in Croatia and the European Union”. This public event was held on the 12 December 2019 at the premises of the Representation of the European Commission in Croatia. The aim of the event was to encourage a debate with the citizens about the causes of Euroscepticism which nowadays attracts growing support among citizens. The debate was focused on the results of the latest European Parliament elections, perspectives for the future political and economic development of the EU and the possibilities of effective communication with the citizens.

Participants in this panel debate were Hrvoje Butković, Senior Research Associate from the Institute for Development and International Relations, Katja Šare Head of the Sector for Public and Cultural Diplomacy, Information and Public Relations of the Ministry of Foreign and European Affairs, Violeta Simeonova Staničić Head of the European Parliament Office in Croatia, Sandra Benčić in front of the Political Platform Možemo and Dario Čepo in front of the Centre for Democracy and Law Miko Tripalo.

The realization of this event was supported by the Europe for Citizens Programme of the European Commission and the Erasmus+ Program.