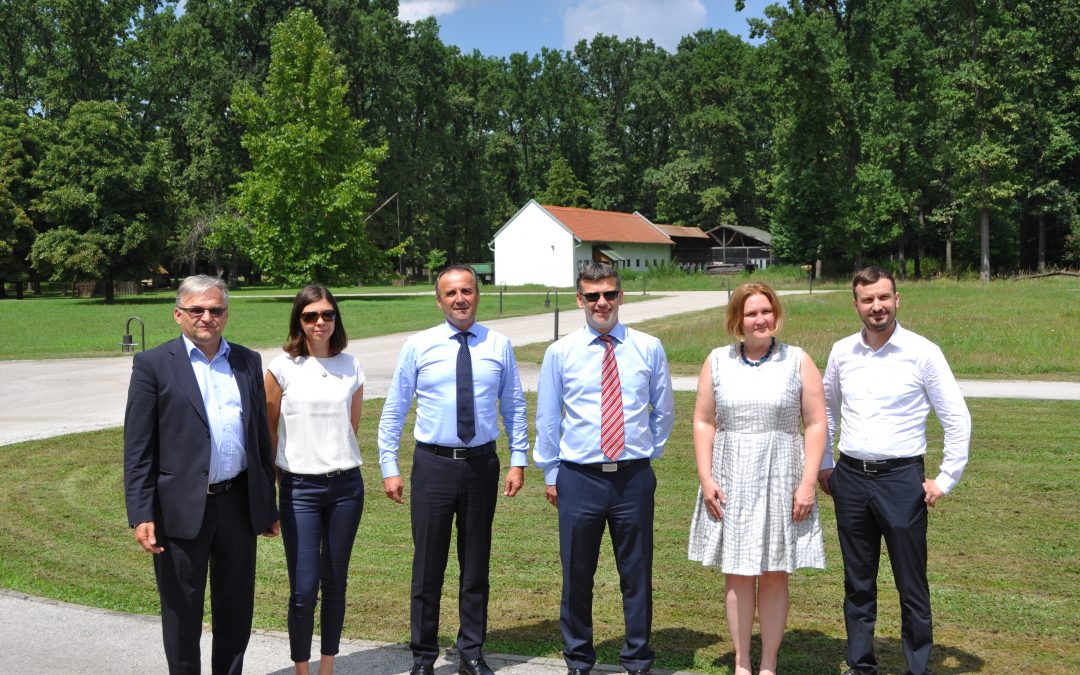 In Vinkovci, on the 29th of July an agreement on a grant has been signed for the action “ForestFlow”. It is implemented under the IPA cross-border cooperation program Croatia – Serbia 2007th to 2013th. Lead partner is Hrvatske šume. Next to IRMO, project partners are Hrvatske vode, Vojvodina šume, Vode Vojvodine and Institut za nizinsko šumarstvo i životnu sredinu.

This Action aims in both flood damage recovery in the area of Spačva-Bosut forest basin and in establishing cross border prevention system with an action plan for future crossborder cooperation in protecting nature, environment and people from flood disasters.

IRMO’s role in the Action is to establish a Cross-border Emergency Team and a Plan for flood protection, a Cross-border Wildlife Migration Emergency team, a Plan for the monitoring and protection of wild animals from the flood, and the implementation of activities to raise public awareness on floods and flood protection. Croatian Forests and Croatian Waters will renew canals, dams, access roads, and strengthen the wild animal in Spačva forest.

The “ForestFlow” is worth 1.4 million euros, co-financed by the EU by 85 percent, where half of funds will be realized in Croatia, and the other half in Serbia. Action duration is two years. The signing ceremony of the contract between the Agency for Regional Development and Hrvatske šume was attended by the minister of regional development and EU Funds Tomislav Tolušić.