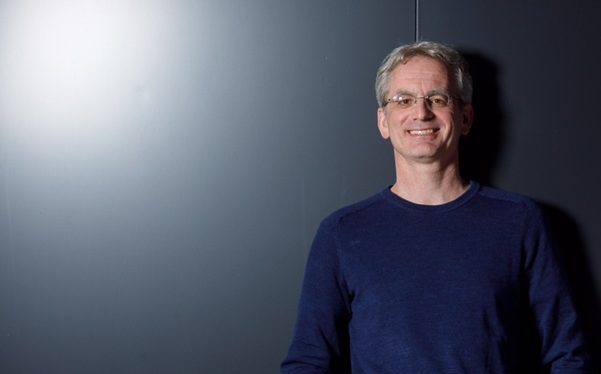 Today, the monograph Corpus ecclesiarum Franciscanarum: A Catalogue of Franciscan Churches on the Croatian Seaboard up to the End of the Sixteenth Century by author Damir Demonja, Ph.D. is published by the Archaeological Museum of Istria in Pula, the Institute for Development and International Relations in Zagreb and the Meridijani Publishing House in Samobor. This book is the fruit of the author’s efforts in personally studying the monuments and of his research work grounded in a comprehensive examination of the existing body of knowledge and represents a unique and comprehensive material of Croatian heritage.

Informative, precise and academically grounded, this work is intended for scholars, historians of art and architecture—sacral architecture in particular, students in these domains, and the broader general readership without a specialist background in art history. This is one of its important characteristics, especially in the context of the broader cultural significance of the topic; that of deepening our understanding of an important segment of Franciscan heritage along the eastern Adriatic, which, thus, sets the stage for its appropriate appraisal. Also noteworthy is the publication of this work as part of the Archaeological Museum of Istria’s bilingual, Croatian and English, Monographs and Catalogues series, which will broaden the range of scholarly transmission (dissemination), making this knowledge and data available to a broader, international readership.

Corpus ecclesiarum Franciscanarum: A Catalogue of Franciscan Churches on the Croatian Seaboard up to the End of the Sixteenth Century is a quality overview of the segment of Croatian medieval architectural heritage which was realized for the first time in such a complete way, by cataloging each building, a total of 35. By analyzing each individual monument and the elements of its architectural articulation, each building is valorized in all the essential elements of its appearance. The monograph is a valuable and so far unpublished and systematized corpus of architecture of Franciscan churches on the Croatian part of the eastern Adriatic seaboard until the end of the 16th century. “This is an original work that represents an important contribution to the development of art history, in which, in one place, I cataloged the sacral Franciscan architecture of the Croatian part of the eastern Adriatic seaboard built by the end of the 16th century. This segmented work enables the perception of that architecture in a broader geographical context, so its reach is even more important”, said the author, Damir Demonja, Ph.D. The concept presented in the monograph is accompanied, in addition to careful descriptions, by quality supplements consisting of: 1 map, 2 tables, 45 architectural drawings and 175 black and white photographs. „By cataloging all monuments in this way, they are placed in a system of typological patterns that depict individual models, but also the conditions that influenced the acceptance of some existing templates, innovations, and limitations arising from specific situations of provincial communities. Systematic quality and transparency of this book makes it easy to navigate the complex Franciscan architectural heritage on the Croatian Adriatic seaboard“, continued Demonja. The value of the monograph is evident, in addition to the typological systematization, in the discussion presented at the end, and is a kind of review instead of a conclusion and provides a comparative analysis in relation to the origins of specific architectural design.

In closing it is worth noting that Demonja’s critical examination and comparative evaluation has succeeded in comprehensively showcasing the efforts of many generations of master craftsmen, builders of the Franciscan churches on the Croatian seaboard up to the end of the sixteenth century. In this volume the author’s great erudition provides a systematic and encyclopaedic overview of Franciscan churches of various kinds. This book is a core contribution towards the creation of a complete architectural catalogue following on other European models. It may also encourage the creation of topical specialised catalogues, and an interest in improving the preservation and renovation of our architectural heritage.

About the author: Damir Demonja, Ph.D. is Research Adviser in permanent position employed at the Institute for Development and International Relations (IRMO) in Zagreb. He was born (1966), received his education, and has made his home in Zagreb. He earned a degree in art history and philosophy in 1993 at the University of Zagreb’s Faculty of Humanities and Social Sciences. Upon graduating he joined Zagreb’s Institute of Art History (IPU) where he held the post of junior researcher/assistant from 1993 to 2000, and of senior assistant in 2001. He earned his master’s degree in 1996 at the University of Zagreb’s Faculty of Humanities and Social Sciences and a doctorate in 2001. Demonja launched and led a stimulus project for best and most promising junior researchers and has collaborated actively on a number of Institute of Art History research projects in the course of his own work. In 2003 Demonja joined Croatia’s tourism ministry at the post of senior advisor for international bilateral and regional cooperation to work on international collaborative efforts in the tourism industry, and later at the post of senior advisor for selective forms of tourism and development projects where he was responsible for culture and rural tourism and culture tourism development projects. Since 2006 Demonja has worked at the Department for international economic and political relations of the Institute for Development and International Relations (IRMO) now as a tenured research advisor, on interdisciplinary areas of the humanities, and on art history, ethnology and anthropology. Demonja’s work covers a broad range of interests, but is focused on tourism and its specific forms—culture and rural tourism in particular, various aspects/issues related to the tourism industry, and our heritage of culture and history as they contribute to tourism. Topics related to art history, which Demonja actively studies, are aimed at medieval sacral architecture, and at investigating the role, place, significance and indispensability of art history in strategic, development and business sector projects, especially those in the tourism industry and, in particular, in its specific forms—culture and rural tourism—in which the presence of art history topics is especially pronounced. Besides his work as a researcher in the above-mentioned fields of study Demonja is also active in a broad range of the institute’s research and market projects. As part of his work at the Institute, he has participated, independently or as a co-author of presentations / papers / lectures, in international and domestic conferences, workshops and seminars, is the author of five scientific books, and regularly publishes in foreign and domestic scientific and professional journals. Demonja is a member of specialist and organising committees and councils for domestic and international specialist conferences, conducts peer review for international and domestic interdisciplinary journals, is a member of the specialist and editorial boards of journals in the country and abroad, and has led and coordinated a number of multinational collaborative efforts between universities and institutes. In September of 2019 the presidency of the Croatian Academy of Sciences and Arts appointed Demonja to serve a four-year term as a member of its Scientific Council for Tourism.

Institute for Development and International Relations