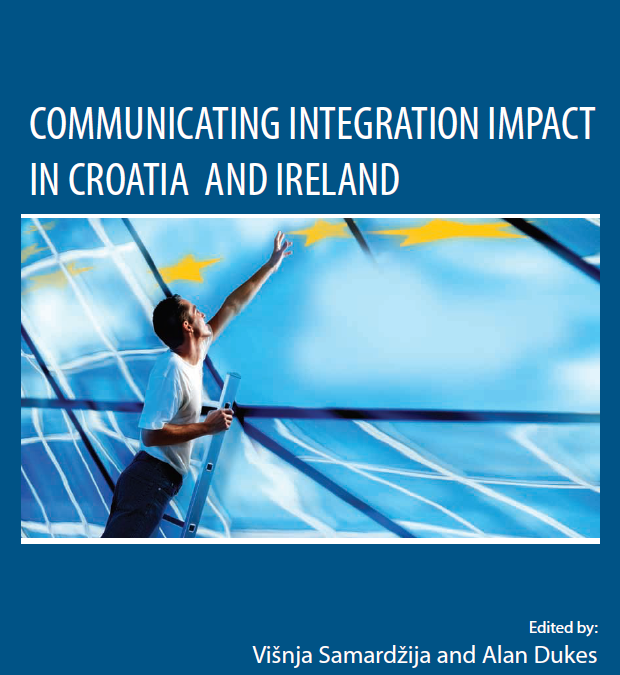 The book Communicating Integration Impacts in Croatia and Ireland brings together a selection of papers prepared within the project EU IMPACT – Academic Network for Communicating Integration Impacts in Croatia, carried out from January 2007 till April 2008 within the EC PHARE 2005 programme. The book is a kind of proceedings publication, which puts together the key outputs of all the events that were organized within the project. The topics selected in separate chapters in the book – Networking, Education, Environment Protection and Consumer Protection and Food Safety – are all matters of continuing interest and importance. The book is result of a joint work by the Institute for Development and International Relations (IRMO) from Zagreb and the Institute for International and European Affairs (IIEA) from Dublin. Its aim is to raise awareness of the impacts, challenges and opportunities of EU membership for Croatia, based on the successful Irish experience within the academic community and the best practice of communicating Europe to citizens. The Irish experiences were chosen having in mind the fact that Ireland had a long experience with communicating Europe to citizens. By the time of its accession, Ireland had passed through extensive and lively debates that included a successful referendum in 1972 with a high turnout of citizens. Furthermore, each subsequent amendment of the EEC and the EU Treaties has been put to a referendum. This extensive experience might be useful for Croatia during the accession process. Networking, as another important aspect of communicating EU integration issues, was also in the focus of the project and of this book. The experience of conducting the Europe-wide “network of excellence” established through the FP6 project, EU CONSENT– Wider Europe, Deeper Integration?, in which IRMO and IIEA are participating together with some fifty European institutes, higher education institutions and think-tanks, was particularly valuable in that context.