Courts of the European Union. National Courts as European Courts 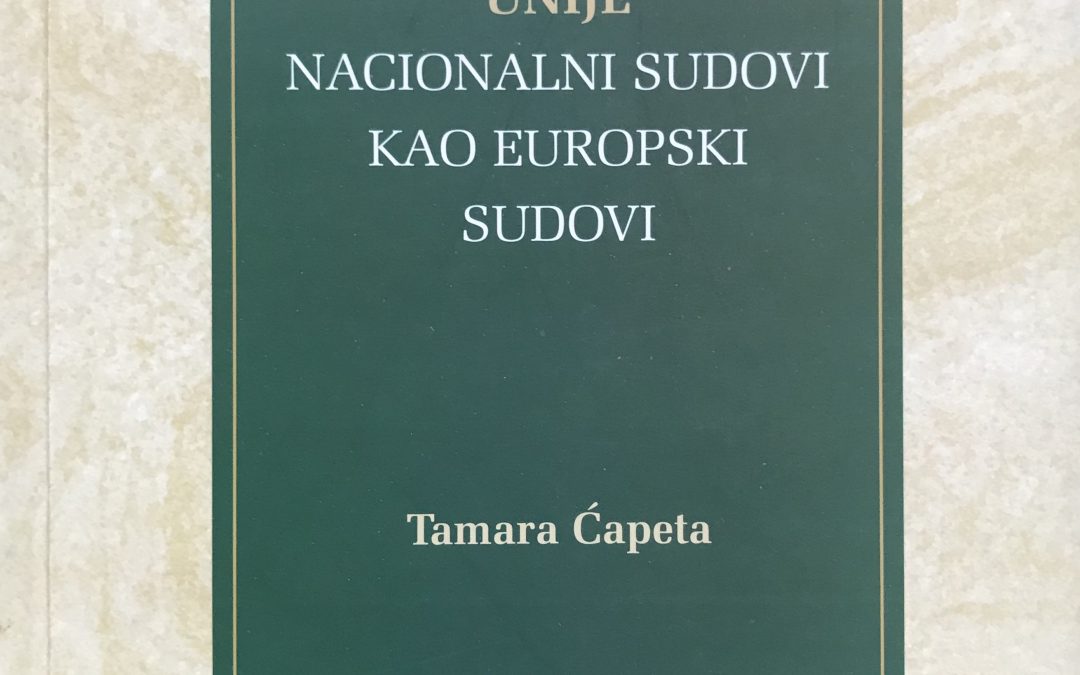 The EC judiciary is composed of two courts at the European level (the Court of Justice of the European Communities and Court of First Instance) and of all courts established under the national laws of the Member States. This book deals with the function that the national courts have in the Community’s legal system, as well as with their interaction with the courts established at the European level. The book, published in Croatian, briefly describes the development of the relevant case law and critically assesses certain aspects of case law and of the legal concepts thus developed. From there, the author presents arguments either for certain changes in the existing concepts or for different interpretation of parts of the case law. Namely, the judicial architecture of the European Community, as it looks today, was not elaborated in the Founding Treaty, which only regulated the jurisdiction and powers of the two courts established at the European level. The national courts are barely mentioned in the Treaty. Thus, the powers and obligations which the national courts have under Community law were clarified, and still are, through the case law of the ECJ. The book is relevant for Croatia since its aim is to become a member of the EU. Therefore, the knowledge of the EC judicial system, and especially the understanding of the role of national courts within it, is necessary for the adjustment process which Croatia’s entire legal system and society.