Policy Paper “Croatia’s First Year of EU Membership: Have the Expectations been Fulfilled?” 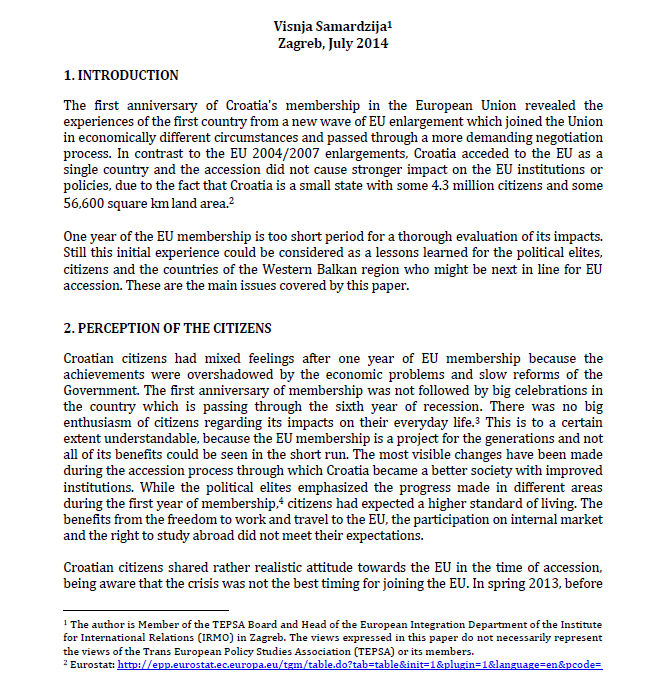 The first anniversary of Croatia’s membership in the European Union revealed the experiences of the first country from a new wave of EU enlargement which joined the Union in economically different circumstances and passed through a more demanding negotiation process. In contrast to the EU 2004/2007 enlargements, Croatia acceded to the EU as a single country and the accession did not cause stronger impact on the EU institutions or policies, due to the fact that Croatia is a small state with some 4.3 million citizens and some 56,600 square km land area.[1] One year of the EU membership is too short period for a thorough evaluation of its impacts. Still this initial experience could be considered as a lessons learned for the political elites, citizens and the countries of the Western Balkan region who might be next in line for EU accession. These are the main issues covered by this paper.

This publication: Croatia’s First Year of EU Membership: Have the Expectations been Fulfilled?