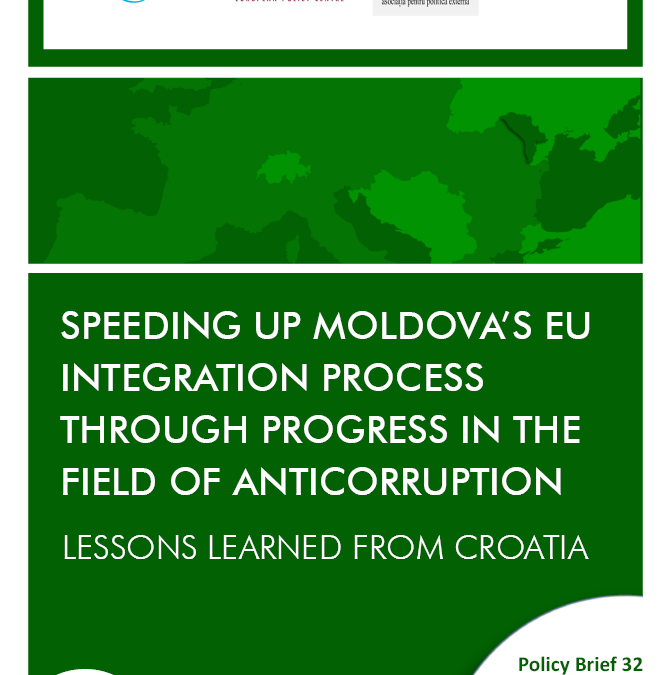 The IRMO research team has based on the desk research and the interviews published a study on the fight against corruption in the Republic of Moldova in the context of its European integration process. The study is focused on Moldova but it also covers the situation in Croatia, because in some parts it comparatively assesses the progress of Croatia in the fight against corruption during accession negotiations with the EU and afterwards. The study has been commissioned by the Romanian Centre for European Policies (CRPE) within project „EU-Moldova Think Tank Dialogue„ financed by the Romanian Ministry of Foreign Affairs and the regional UNDP centre from Bratislava. The study has been reviewed by two independent reviewers and presented at the international conference „3rd EU-Moldova Forum“ 19-20 June 2014., Balti, Republic of Moldova.

Publication: Speeding up Moldova’s EU Integration Process through Progress in the Field of Anticorruption – Lessons Learned from Croatia