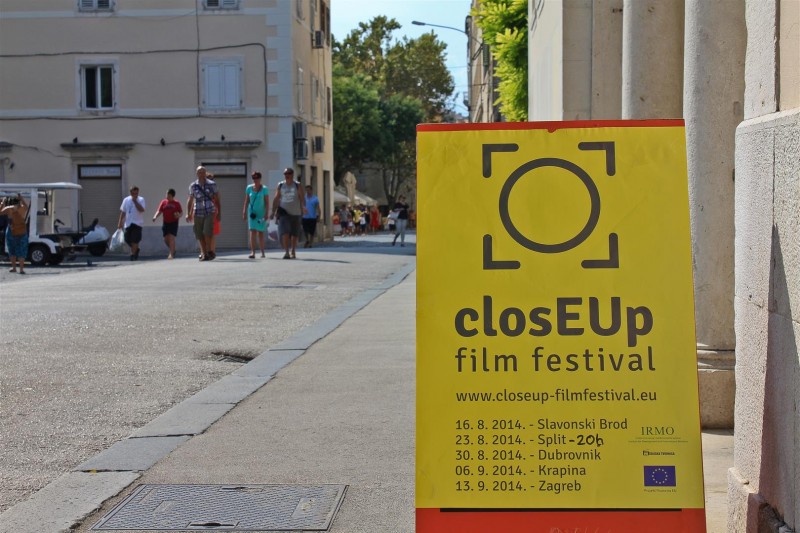 After the successful premiere of the cycle of Film Festivals with Creative Documentaries about First Hand Experience from EU Funded Projects ClosEUp / Europa izbliza in Slavonski Brod, held on Saturday August 23, 2014, within the same cycle the workshop on the topic “How to develop a project idea?” was held in Split.

The coordinator of the volunteer team of the project “Stella Polaris” Herci Ganza Čaljkušić also participated in the workshop, regardless of her experience in the implementation of successful projects. To mark the occasion, she said: “I ​​am extremely pleased with the arrival of the relevant people at the workshop, people who care and who are engaged or plan to engage in project preparation. I’m sorry that at the end of the workshop instead of applause it poured with rain which affected the occurrence of the film festival. I hope that the new date of the film festival will bring together even more interested people.” The organiser of two-hour workshop, Mrs. Karolina Horvatinčić from the Institute for Development and International Relations (IRMO), expressed her appreciation about great interest for the workshop by the participants from Split-Dalmatia County:” I am extremely pleased with the quality and commitment of participants and their project ideas which they elaborated during the workshop.”

Due to bad weather conditions the Film Festival in Split was postponed for the second half of September. The goal of the festival ClosEUp / Europa izbliza is to facilitate the understanding of EU programs and funds by showing the examples of successful projects and to interest the audience to develop project proposals and implement their own projects. The festival presents 20 short films about successful projects financed from EU funds. Films on four projects from the Split-Dalmatia County were presented: “Help to Help» by the Youth Association Help, “Stone» by the Development Agency of Split-Dalmatia County RERA SD, then “Stella Polaris’ by the Healthy City of Split Association and “The Golden Age” by the City of Split, MI – Help and Care Centre and the Home for the Education of Children and Youth in Split.

Other towns which will host the film festival “ClosEUp” are Dubrovnik (30 August), Krapina (6 September) and Zagreb (13 September).

The project “Film Festivals with Creative Documentaries about First Hand Experience from EU Funded Projects ClosEUp/Europa izbliza” is being realised with the support of the European Union in the scope of IPA INFO 2012. It is implemented by the Institute for Development and International Relations (IRMO) in partnership with the association Media Factory. The project duration is 18 months, and its value is € 99,858.53, i.e. 744.345,48kn.