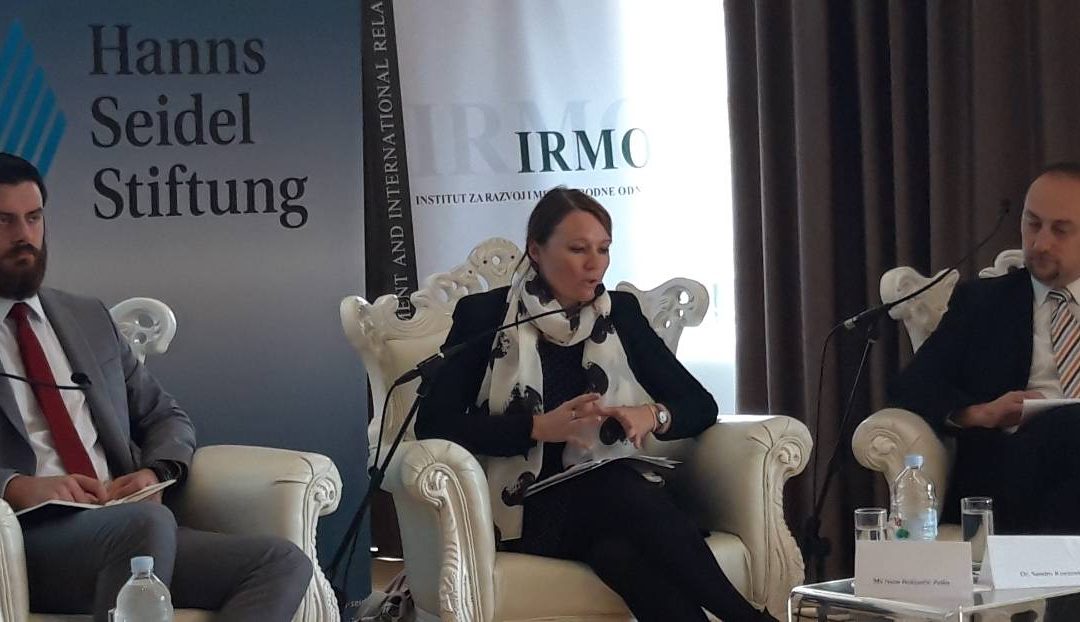 Invited experts in the field of international politics and business had disscused the political and economic challenges for small states in international relations and the position and perspectives of Croatia. In comparative fashion, Slovenia, Serbia and Portugal were presented. Its geopolitical position, coordination of state institutionsand underdeveloped diplomacic networks at the European and globala lever were identifiedas the biggest challenges for Croatia. Globalization, insufficient information about international trends and underdeveloped international trade also representchallenges for development of international economic relations. Also, the financial crisis that is still visible today has been mentioned. It has been concluded that the EU and NATO should be the means rather than the end-goals of foreign policy, while lobbying at the EU institutions should be used to advocate country’s own interests.