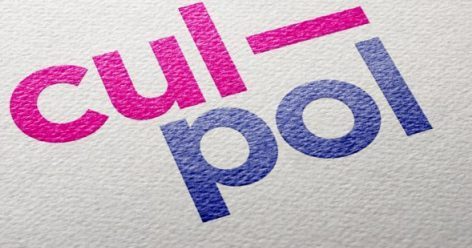 Within the framework of the Jean Monnet project “EU Competences and National Cultural Policiesy: Critical Dialogues” (CUL-POL), the Institute for Development and International Relations (IRMO) organizes an international round table “Digital Single Market and Its Impact on Culture and Media in Croatia”.

The round table will place emphasis on the changes that the Digital Single Market (DSM) strategy brings to the cultural and media sector in Croatia. By gathering researchers, cultural professionals and policy-makers, the round table will promote focused thematic discussions, which will concentrate on the contextualization of the DSM strategy for culture and the media in the EU.

The registrations start on Thursday, 19th April at 2 pm. The programme which starts at 3 pm will be open by Dr Nina Obuljen Koržinek, Minister of Culture of the Republic of Croatia.

Video address by Mariya Gabriel, European Commissioner for Digital Economy and Society will be streamed before the Introductory Panel “Digital Single Market and Its Impact on Culture and Media: Institutional and Regulatory Aspects”. In this session Ms. Anja Jelavić, Head of the International Cultural Cooperation and European Affairs Sector of the Croatian Ministry of Culture and Mr. Božo Zeba, Acting deputy secretary of state at Central State Office for Development of Digital Society will present initiatives being developed by Croatian policy makers concerning DSM reform in Croatia.

On Friday, 20th April at 10 am the introductory keynote lecture about the challenges posed by the Digital Single Market framework entitled “Culture and the (New) Single Market: Reproducing Regimes of Dominance or Rebooting the New Europe?” will be given by Professor Katharine Sarikakis from the Department of Communication, University of Vienna.

Having in mind the context of small EU countries like Croatia, the European tradition of the protection of authors’ rights, the changing role of collective management organizations (CMOs), the rights of users to access culture, etc., the second panel – Copyright, Authors’ and Users’ Interests: How to Foster Creativity? will question whether the DSM reform brings benefits for the cultural and media sectors or primarily for the ‘big players’ in the field of creative economy. This panel will bring together in conversation Croatian and European experts: Dr Maja Bogataj Jančič, Intellectual Property Institute, Slovenia; Dr Simone Schroff, Institute for Information Law, University of Amsterdam; Mr Antun Tomislav Šaban, Croatian Composers’ Society; and Mr Hrvoje Hribar, Board Member, Federation of European Directors (FERA).

Panel 3 – Striking the Balance Between Culture and Economy: What Role for Heritage? will emphasize some important questions concerning the cultural heritage sector: What would be an adequate conceptualisation of IPR in the digital age that would ensure the preservation of the robust public domain and the users’ rights from the analogue age, taking into account that the right to obtain and share knowledge and the right to create and re-create are central to the survival of any culture and our cultural memory? Will the education and the heritage sector be able to take real advantage from the opportunities presented by the environment of digital networks? This panel will gather: Mr Harry Verwayen, Acting Executive Director, Europeana Foundation; Ms Goranka Horjan, Etnographic Museum; Dr Vlatka Lemić, Croatian State Archives; and Professor Marianne Ping Huang, Aarhus University.

The round table is organized within the framework of activities of the Jean Monnet project entitled EU Competences and National Cultural Policies: Critical Dialogues (2016-2018), which aims to promote discussion and reflection on the impact of the EU agenda on the Croatian cultural policy.

Please see the Round Table Reader to find out more about the speakers, their interventions and conference’s events.

Looking forward in seeing you at the conference!