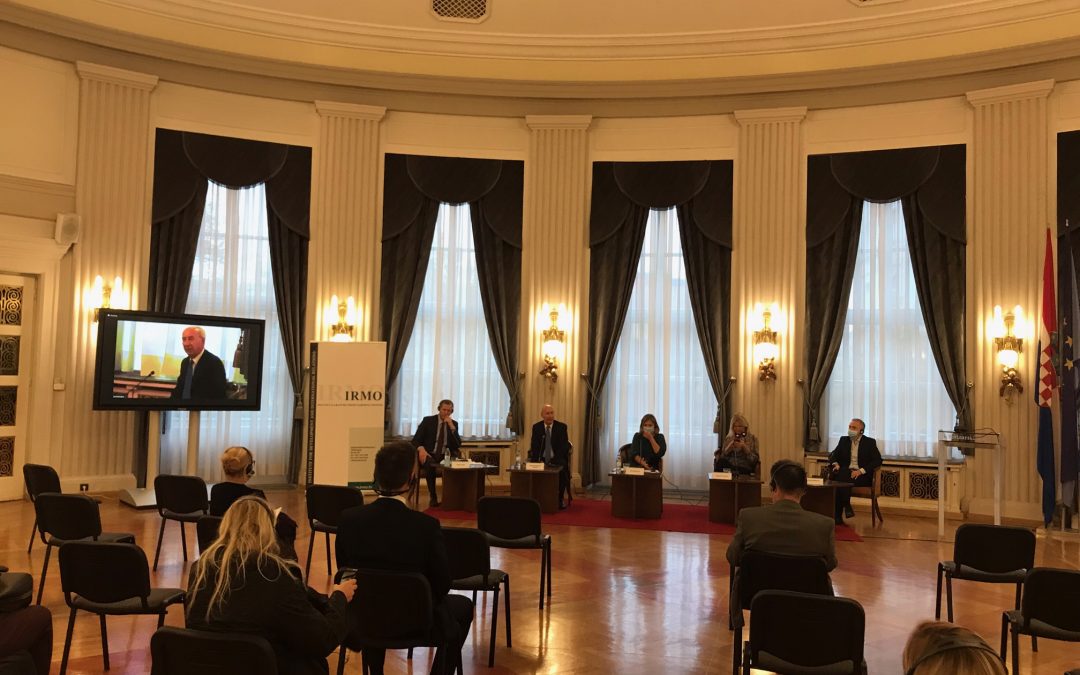 The Institute for Development and International Relations and the Robert Schuman Foundation from Paris hosted a roundtable on “Economic Recovery and Political Cohesion for the Future of the EU” at the Journalists Home on Friday (November 12th). The aim of the meeting was to stimulate a debate that will contribute to defining common European visions and enrich political debates during the French Presidency of the Council of the EU and the Conference on the Future of Europe. The panelists were: Jean-Dominique Giuliani, President of the Robert Schuman Foundation, Pascale Joannin, Executive Director of the Robert Schuman Foundation, Jakša Puljiz, Head of the Department for European Integration IRMO, and Hrvoje Butković, Senior Research Associate from IRMO. The event was moderated by the journalist Tina Šimurina

The focus of the discussion was targeted towards how the Union can use the economic recovery after a pandemic as a means of strengthening the sense of belonging with its citizens. It was pointed out that the European Recovery Plan poses a great challenge to Croatia in the implementation of reforms that should ensure adequate adjustment of the economy to the new circumstances and increase Croatia’s competitiveness at the European and global level. The conference on the future of Europe could strengthen the democratic legitimacy of the EU, but this will ultimately mostly depend on the importance that will be attached to the proposals of the citizens’ forums as part of the conference’s conclusions. The event was held in Croatian and French with simultaneous translation provided.