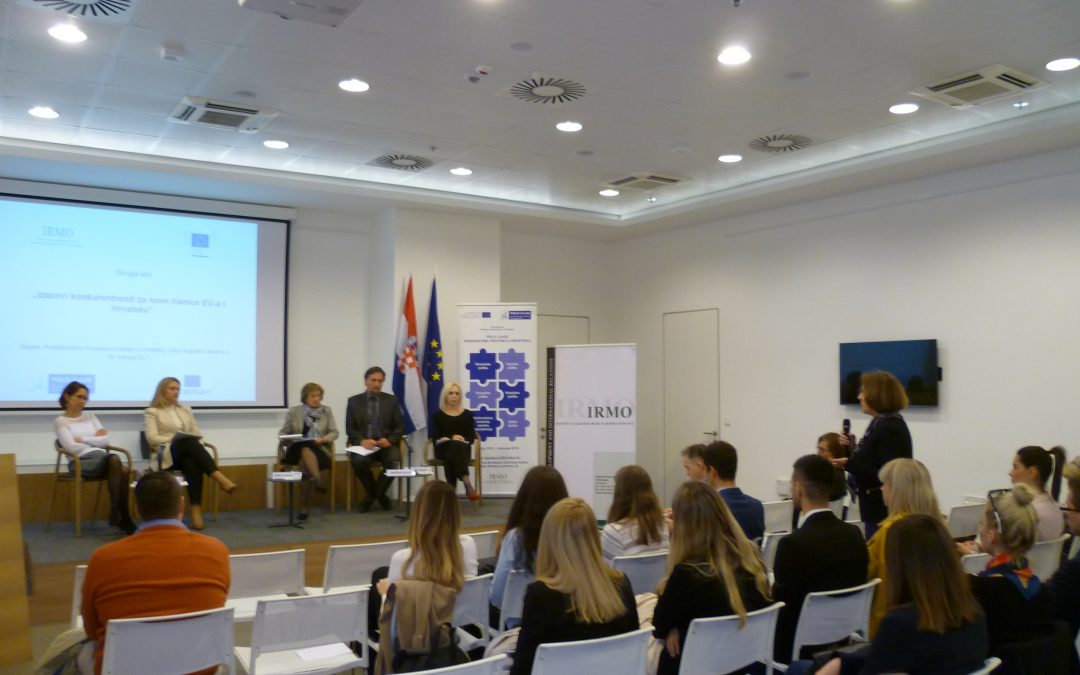 Institute for Development and International Relations (IRMO) in cooperation with the European Commission Representation in Croatia organized a round table “Challenges of competitiveness for the new EU member states and Croatia”. This is the fourth round table organised within a three-year Jean Monnet project for institutional support “POLO-Cro28: Policy Observatory in Croatia” which is financed from the Erasmus+ program of the European Union and implemented by IRMO since September 2015. The round table was opened with the welcoming speeches of H.E. Branko Baričević, Head of the European Commission Representation in Croatia and Višnja Samardžija, project coordinator from IRMO. The introductory part was followed by the panel which discussed mechanisms and instruments for strengthening competitiveness in the EU, causes for legging behind of Croatia on the European and international scales of competitiveness, importance of increased productivity and positive business climate, education for competitiveness, strategy of smart specialization for Croatia and other questions important for competitiveness. The speakers were: Manica Hauptman from the EC Representation in Croatia, Krešimir Jurlin from IRMO, Andrea August, from the Agency for Investments and Competitiveness and Martina Basarac Sertić from Croatian Academy of Sciences and Arts. The panel was followed by the Q&A session between speakers and the audience.