Memorandum of Understanding between IRMO and SAM signed 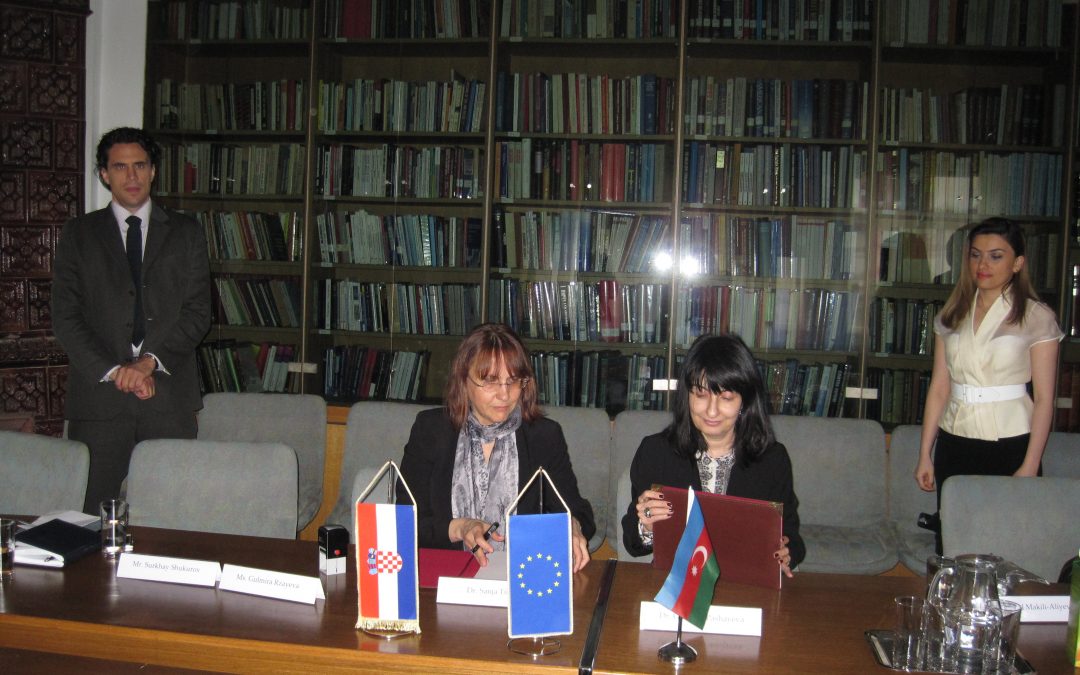 This Memorandum has been signed within the conference held at Institute for development and international relations entitled ‘’Azerbaijan-Croatia relations: from Challenges to Future Perspectives.’’

On behalf of IRMO the Memoradnum has been signed by the director Sanja Tišma, PhD, while on behalf of SAM it has been signed by Deputy Director Gulshan Pashayeva, PhD. At the ceremony of signing the Memorandum it has been said that it would be foundation for intensifying cooperation in the field of scientific research and development projects and that it would contribute to further strengthening of relations between Croatia and Azerbaijan.

During the conference two panels were held named ‘’Security Issues in The Caucasus and The Balkans’’ and ‘’Azerbaijan And Croatia: Perspectives of Energy Cooperation.’’ During the first panel presentations were held by Gulshan Pashayeva, PhD, Deputy Director, SAM, Kamal Makili-Aliyev, PhD, Leading Research Fellow, SAM, Lidija Čehulić-Vukadinović, PhD, Associate Professor, Faculty of Political Science, University of Zagreb and Mr. Denis Avdagić, North Atlantic Integrations Promotion Organization, director. Representatives of the Azerbaijani delegation have presented the security challenges in the Caucasus, with a focus to the situation in the Nagorno-Karabakh region of Azerbaijan, while lectures from Croatia have presented the security issues in the states of the Western Balkans and their progress on the path to Euro-Atlantic integration.

Within the second panel presentations were held by Ms. Gulmira Rzayeva, Leading Research Fellow, SAM, Ana-Maria Boromisa, PhD, Senior Research Associate, IRMO and Mr. Krševan Antun Dujmović, Senior Associate, IRMO. In this panel it was stated that the construction of the pipeline from Azerbaijan, the Caspian Sea region, through Turkey and Greece to Albania and Italy (Trans Adriatic Pipeline) represents a great opportunity for energy security of Croatia which will be connected to this pipeline though Ionian Adriatic Pipeline.