ClosEUp film screening at the Week of the European Social Fund 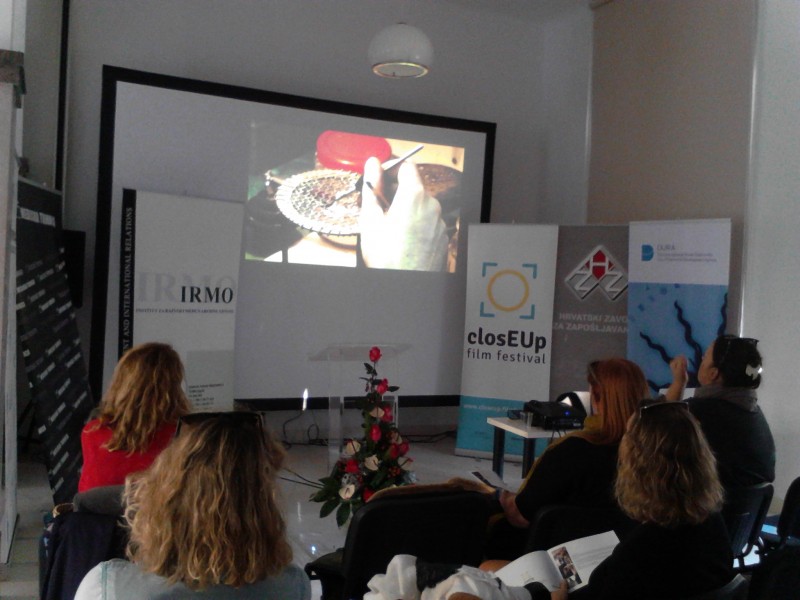 Creative documentary film festival “ClosEUp / Europa izbliza” was held in Dubrovnik on September 26, 2014, within the framework of the event Week of the European Social Fund – ESF as The Engine for the Development of the Local Community.

Those in the audience engaged in the field of culture expressed particular interest in the festival. All shown films drew a great attention while the following films were highlighted in the final discussion: ‘Dubrovnik Jewelry’ by Jewelry Store ‘Križek’ from Velika Gorica; ‘Stella Polaris’ by the Association of Healthy City of Split; ‘Traditional Handicrafts in Tourism’ by the Museum of Croatian Zagorje and CLA Bistra Ptuj; ‘Traditional Olive Growing’ by the Croatian Centre for Agriculture, Food and Rural Affairs, and ‘New Skills to New Opportunities’, M.O.T.S. by DEŠA from Dubrovnik.

Film festivals within the “ClosEUp / Europa izbliza” project have also been held in Zagreb, Krapina, Slavonski Brod and Split.

The “ClosEUp” project is being realized with the support of the European Union as part of the program IPA INFO 2012 and lasting 18 months. The overall value of the project is EUR 99,858.53, ( HRK 744,345.48 ). It is being implemented by the Institute for Development and International Relations in partnership with the Media Factory.

More about the project: ClosEUp