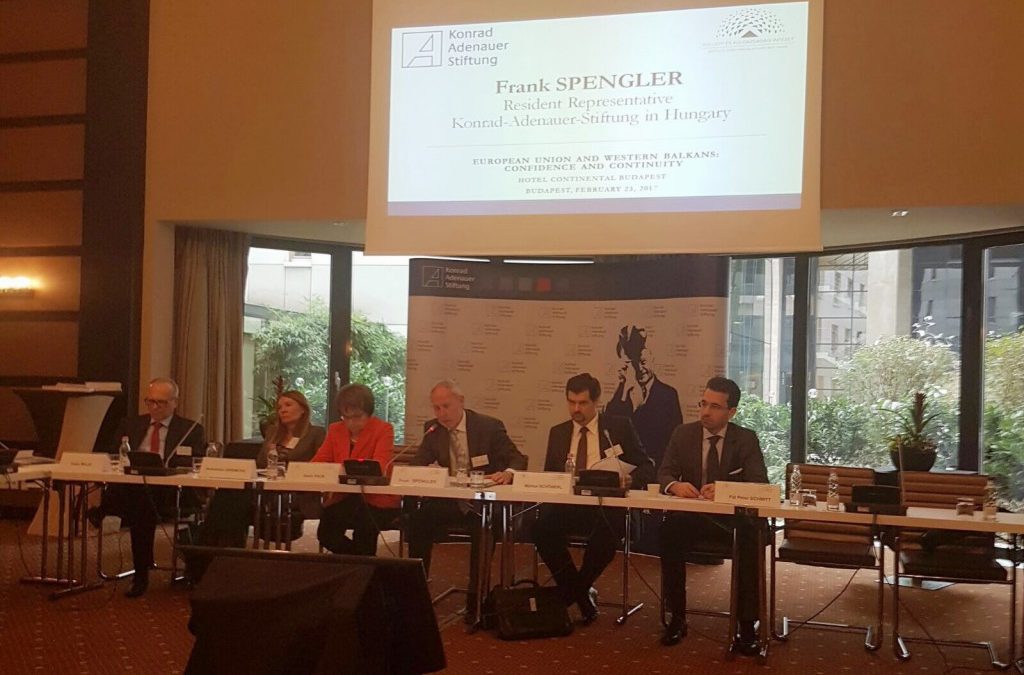 Representative of the Institute for Development and International Relations Krševan Antun Dujmović, M. Sc., has participated in the work of the Conference under the title ‘’European Union and Western Balkans: Confidence and Continuity,’’ held on 23th February in Budapest.

The Conference was organized by the Institute of Foreign Affairs and Trade from Budapest and the Konrad Adenauer Foundation in order to facilitate an in-depth discussion about the recent developments that impact the European prospects of the Western Balkans.

The participants also examined the state of affairs in the Western Balkans in the political, economic and societal domains and their future prospects in the context of a possible EU Enlargement and the potentially growing influence of some of the region’s Eastern or Northeastern neighbors.