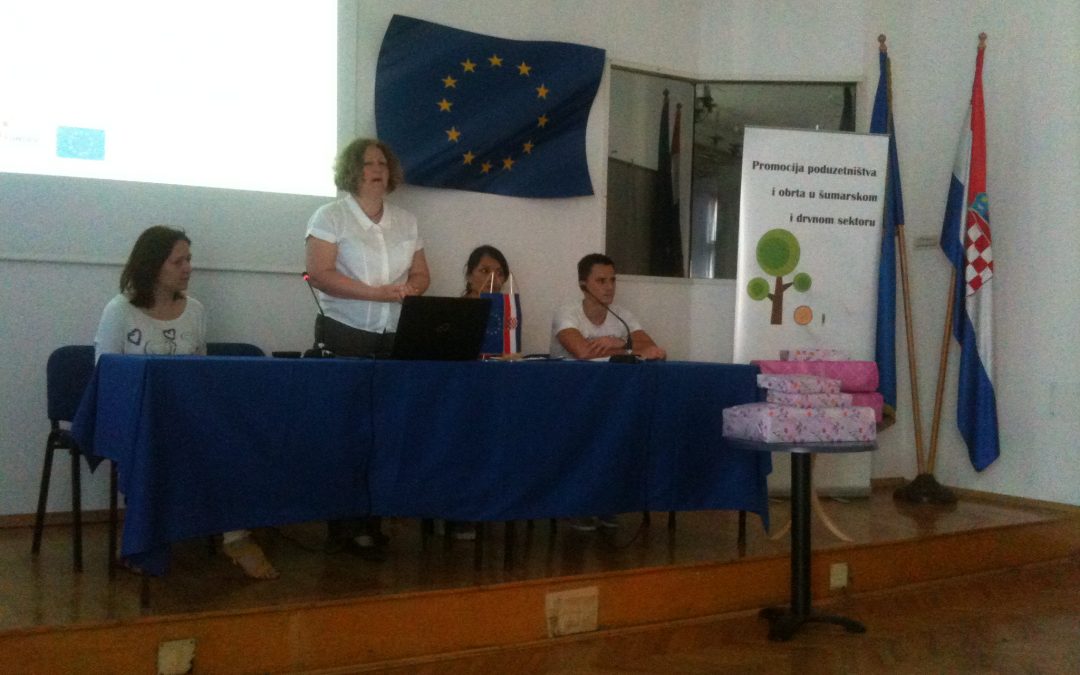 The closing conference of the project “Promotion of entrepreneurship and crafts in forestry and wood sector” was organized on Wednesday, June 29th 2016 in the European house (Europski dom) in Zagreb. The project is closed by the presentation of Project manager Karolina Horvatinčić from IRMO about achieved results and implemented activities of the project; projection of short film about example of good practices of three women entrepreneurs; and announcement of the winners of competition of the best business plan for high school and university students.

In the framework of the competition of business plan, a total of five business plans competed, four were sent by forestry and wood working high schools and one by the forestry faculty. After short presentation of the business plan of each team, the team from Matija Antun Reljković high school from Slavonski brod was announced the winner, of which the team consists of three second grade students –Zvonimir Opačak, Adrian Marić and Toni Knatek. Project administrator Anastasya Raditya Ležaić handed the prizes to the winners, a laptop and a tablet. The second and third places went to the teams from Forestry and wood working high school Karlovac and Agriculture forestry high school from Vinkovci, which each received a laptop.