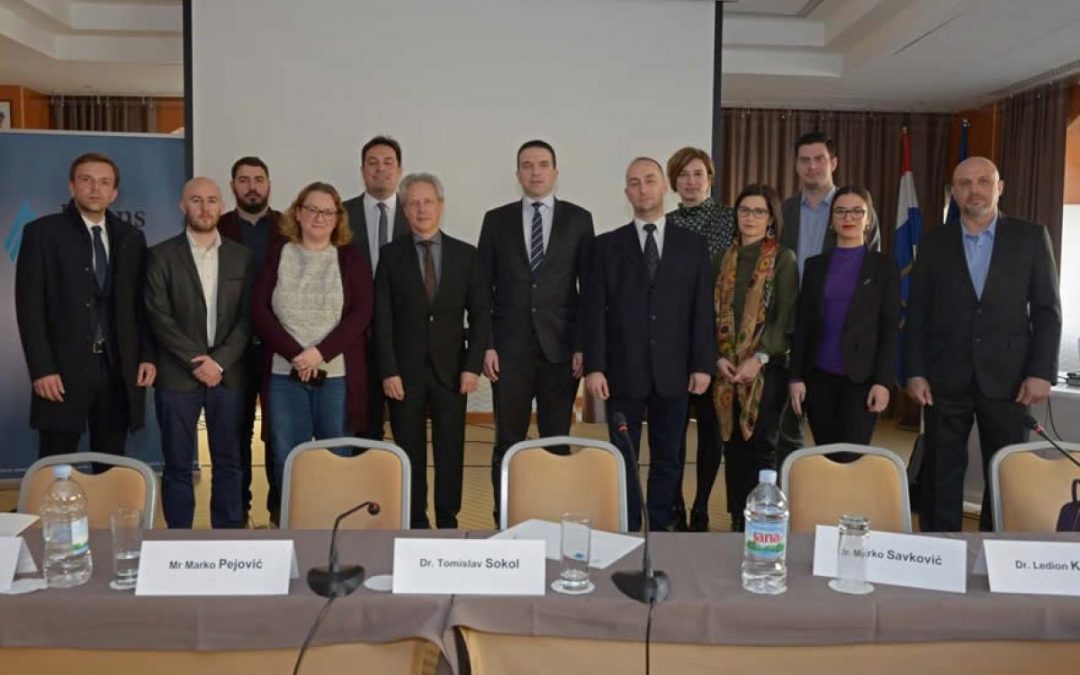 IRMO and Hanns Seidel Foundation have organised an international conference ‘EU Enlargement on Hold – Between Containment and Reform’ in Zagreb (13th-14th February 2020). The conference gathered representatives of academic institutions and civil society organisations from Croatia and the Western Balkans region, representatives of Croatian Ministry of Foreign and European Affairs, a Croatian MEP and different diplomatic representatives to Croatia.

The EU enlargement to the region, in the context of the 2020 Croatian Presidency of the Council of the EU, was in the focus of discussion. The debate dealt with challenges brought by the new EU enlargement methodology, but also by the contemporary international environment of the EU. In addition to debate about enlargement challenges to every country in the region, the participants also adopted the joint Declaration about the EU Enlargement Process and presented its main ideas and messages to the aforementioned officials from Croatian and European administration.

Program: EU Enlargement on Hold – Between Containment and Reform