IRMO at the International Conference on Security, Science and Peace 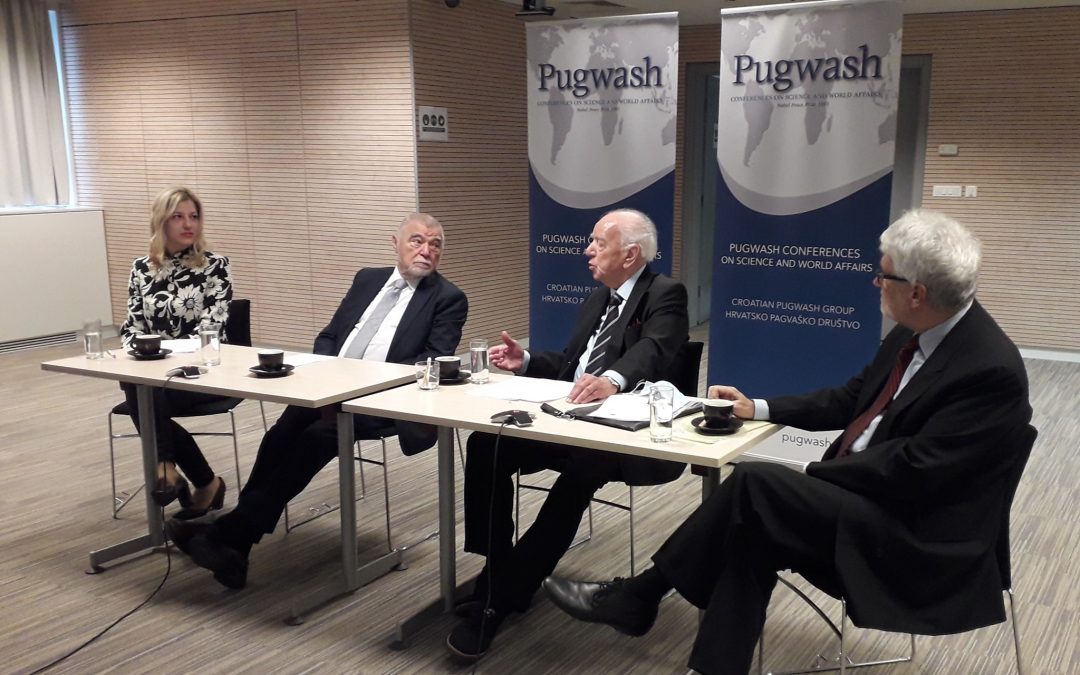 Croatian Pugwash Group, a branch of the Pugwash Conferences on Science and World Affairs (https://pugwash.org/) and the World Academy of Arts and Science (www.worldacademy.org) organized a two-day conference entitled “Security, Science and Peace Conference” from 12th to 13th  November 2021. The conference was held under the auspices of the President of the Republic of Croatia, Mr. Zoran Milanović, within the Conference on the Future of Europe. Due to epidemiological measures the conference was held in a hybrid form moderated by Ana Jerković, Vice President of the Croatian Pugwash Group.

The discussed topics covered security, science and peace. The Academician Ivo Šlaus, member of the International Council of Pugwash, Paolo Cotta Ramusino, Secretary General of the Pugwash Conferences on Science and World Affairs, Götz Neuneck from EuroPugwash and Zvonimir Šikić, President of the Croatian Pugwash Group, addressed the audience.

The topic “How can Croatia contribute to the security and peace policies of the European Union” was discussed by former President Ivo Josipović, former Minister Vesna Pusić, Ambassador Božo Kovačević and Senior Associate at IRMO Krševan Antun Dujmović.

The topic “Science and Security” was discussed by Götz Neuneck from EuroPugwash, Krunoslav Pisk, Director of the IUC, Nikola Protrka from the Ministry of the Interior and Toni Prug from the University of Rijeka.

The participants of a round table on “Nuclear Disarmament and Global Security” were Paolo Cotta Ramusino, Secretary General of Pugwash, Ambassador of Japan Misako Kaji, Ambassador of Kazakhstan Tolezhan Barlybayev, Ambassador of the Netherlands Henk Voskamp and Ambassador of Switzerland Emilia Georgieva.

The role of the Non-Aligned Movement was discussed by former President Stjepan Mesić, Ambassador of Azerbaijan Fakhraddin Gurbanov, diplomat Budimir Lončar and scientist Asim Kurjak. The panel on Emerging Technologies comprised presentations by Jürgen Altmann from the University of Dortmund, Frano Barbir from FESB, Haris Boko, Director of EUBusiness and Bojan Pečnik, Director of Hipersfera.

Tome Antičić from the Institute Ruđer Bošković, Marina Skender from FERIT, Slobodan Bosanac, director of the Adriatic Aerospace Organization and Mirta Medanić from Amphinicy Technologies presented their views on the topic “Croatia and Space” which concluded the conference.