Round Table “Future of the European Union after Brexit” held 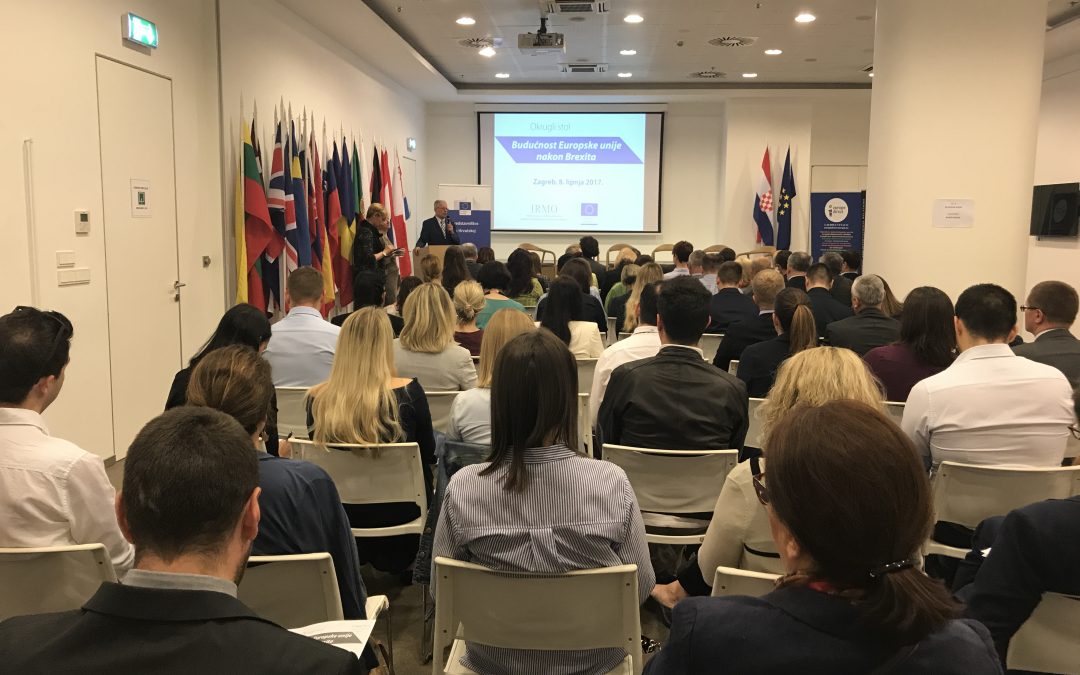 IRMO in cooperation with the European Commission Representation in Croatia has organized a round table “Future of the European Union after Brexit”. The event was opened by the welcoming words of H. E. Branko Baričević, Head of the European Commission Representation in Croatia and Sanja Tišma, director of IRMO. The first panel “EU after Brexit: ‘more’ or ‘less’ Europe” discussed possibilities for development of the EU27 according to the so called scenarios for the future of the EU that were published by the European Commission in March 2017 within the “White Paper on the Future of Europe”. The economic and political consequences of Brexit were analysed together with possibilities for repositioning of Croatia in the new circumstances. Speakers of the first panel were: H. E. Branko Baričević, Head of the Delegation of the European Commission Representation in Croatia, Tonino Picula, MEP, Miro Kovač, president of the Foreign Affairs Committee of Croatian Parliament, Zrinka Ujević, Assistant Minister at the Directorate for Political Affairs of the Ministry of Foreign and European Affairs (MFEA) and Luka Brkić, professor at the Faculty of Political Science in Zagreb. The second panel “Croatia and Western Balkans: Challenges and Possibilities” analysed the impacts of Brexit on the EU accession process of the Western Balkan countries as well as possibilities for redefining and accelerating this process. The speakers were: Antun Bukljaš, Head of the Independent Sector for the Analysis and Political Planning at MFEA, Željana Zovko, MEP, Milan Igrutinović from the Institute for European Studies in Belgrade, Aleksandar Eraković Chief Political Adviser to the Prime Minister of Montenegro and Zoran Kurelić, professor at the Faculty of Political Science in Zagreb. Both panels resulted with dynamic discussion between the speakers and the audience. The event was moderated by Hrvoje Butković and Antun Krševan Dujmović from IRMO.

Round Table “Future of the European Union after Brexit”