Europeanisation Meets Democracy from Below: The Western Balkans on the Search for New European and Democratic Momentum (WB2EU) 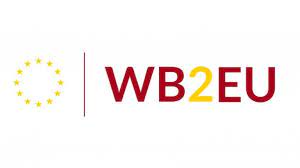 This is a project involving think tanks and do-tanks organizations, higher education institutions and policy centers. The project consists of three phases: I Rule of law and the judiciary; II Social dimension; and III Democratization from the bottom up. In addition to the first (Vienna) and the final (Brussels) conference, the project will organize six ‘ideas go public labs’ in six different European cities (Sarajevo, Ljubljana, Pristina, Paris, Belgrade and Berlin), a summer school on Cres, establishment of an online platform, active dissemination through social networks and other communication channels, a series of op-ed articles, policy briefs (45), a final report and a book. The initiators of the project are the Austrian Society for European Politics (lead) and the Austrian Institute for International Affairs. Partners from EU member states are CERMES Bulgaria, IRMO Croatia, EuropaNew France, IEP Germany, Peleponnese University Greece, Andrassy University Hungary, IAI Italy, Global Focus Romania and CIR Slovenia. Partners from the Western Balkans are CDI Albania, University of Sarajevo BiH, Change Experts Group Kosovo, PIN Montenegro, Eurothink Northern Macedonia and BFPE Serbia. The overall goal of the project is to contribute to strengthening democracy and the future of Europe through cooperation and networking of the academic, research, advocacy, activist and media community as well as other relevant stakeholders. Topics to be covered by the WB2EU network are, in a broader sense, further EU enlargement and EU cooperation with countries of the Western Balkans, while in a narrower sense, the project focuses on the rule of law in the EU and the Western Balkans, on strengthening the dialogue with citizens, strengthening society and the awareness of the responsibility that citizens as individuals have for the future of both their communities and Europe as a whole.