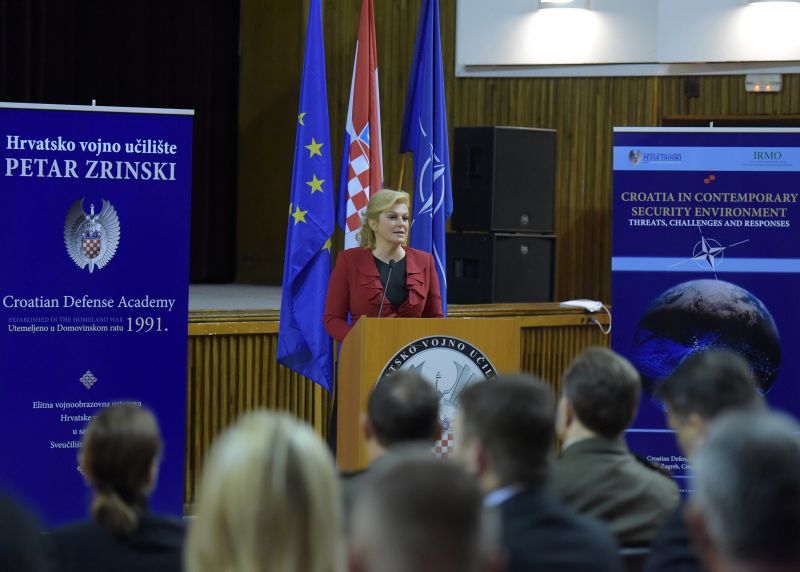 The conference was organized by the Institute for Development and International Relations (IRMO) and the Centre for Defence and Strategic Studies (CzOSS) Croatian Military Academy, sponsored by the Public Diplomacy Division NATOs.

The conference contributed to the awareness and the quality of discussion within the contemporary security environment and the role of Croatia, strengthening the existing transatlantic values ​​and directing them to the countries that aspire to eventual membership in the alliance.

The conference discussed current security threats that challenge the transatlantic community – conflict in Ukraine (with repercussions on relations between the EU and NATO to Russia), and the emergence of ISIL as a serious security threat to the transatlantic area. The concept of the conference, or the choice of topics, participants and speakers has yielded the conclusion of specific importance for the formulation of relevant policies. The most important contribution of the conference consists of the opening of the central themes of the wider Croatian and international community. To this end will be issued a special edition of Croatian International Relation Review-which will include all presentations from the conference.

The conference was officially opened by the President of the Republic of Croatia, Ms Kolinda Grabar Kitarovic.