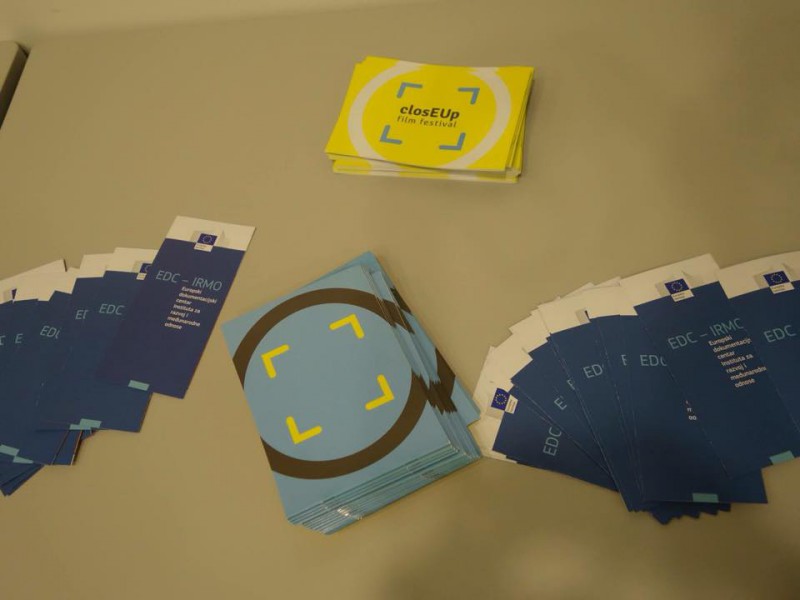 European Documentation Centre EDC – IRMO and the results of the ‘’ClosEUp/Europa izbliza“ project were promoted at the Representation of the European Commission in Croatia on 15 December 2014.

The presentation was opened by Sanja Tišma, director of IRMO, and in this occasion the director recalled all heads of EDC and the history of establishing of present day EDC. EDC was established at IRMO in 1991 and since then it underwent transformations that were reflected in its name. Sanja Tišma made remarks on IRMO’s successful work during recent years in promotion of EU policies in a number of projects with „ClosEUp/Europa izbliza“ being one of them. This project’s objective is try to bring EU closer to its citizens narratinga story of successful projects and educations on how to prepare and implement EU projects.

Branko Baričević, Head of Representation of the European Commission in Croatia, pointed in his speech that 17 centres within Europe Direct network had been established during the past 17 months, and that EDC-IRMO is the fourth among Europe Direct documentation centres in Croatia. Branko Baričević underlined the importance of this Centre for the academic community which will be able to gain all the necessary information for research on European Union and itspolicies at the Centre.

Kristina Tatarović, Head of independent service for information and educational activities at the Ministry of regional development and EU funds, Dubravka Jurlina Alibegović, director of Economic Institute Zagreb and Valerija Đurđević from ‘’Media Factory’’ were also present at this event.

At the end of the ceremony the winners of the Festival of creative documentary films were announced:

Special award of the audience was granted to the film ‘’Stella Polaris“.

All present at the ceremony had an opportunity to watch the four winning creative documentary films.