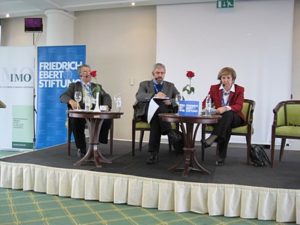 The Danube Strategy represents the second EU’s macro-regional strategy that is developed on the flux of current EU governance dynamics. It emanates basic principles of the Europe 2020 strategy and further enhances territorial cohesion, now an explicit EU goal enshrined in the Lisbon Treaty. This integrated framework aims to intensify policy coordination across related policy domains and involve relevant stakeholders, thus creating synergy among existing EU policies and better exploiting available resources. In addition, this scheme also becomes a platform for intensification of cooperation among involved group of countries because Danube Strategy develops a new strand where involved countries can increase their mutual cooperation through exchange of experiences, best practices and adjust the Strategy’s objectives to their own needs and policy preferences. Also, taking into consideration that the Danube Strategy embraces six non-EU countries, it has important external dimension, especially for the region of South-East Europe (SEE) where it can play valuable supplementary role in the EU enlargement process.

Aim of the Conference

The purpose of this conference was to assess the Danube Strategy as potential facilitator of increased cooperation between three countries in the middle Danubian basin: Croatia, Hungary and Serbia. Namely, although the Danube Strategy is essentially integrative framework embracing fourteen different countries and involving cross-border, trans-national and inter-regional cooperation strands, it also yields opportunity for intensification of ties among neighboring countries that can constitute clusters or groupings of countries. Those are countries that share particularly similar challenges and socio-economic characteristics and where territorial proximity should additionally spur synergy and cooperation among them, facilitating implementation of mutual projects, steering economic dynamism and enhancing their competitiveness in general. Therefore, Croatia, Hungary and Serbia can harness opportunities offered by the Danube Strategy by deepening economic ties, intensifying mutual trade and embarking on projects in the fields of energy, transport, environmental protection or tourism. Conference also stressed the importance of existing cross-border and transnational cooperation programmes in which three countries jointly participate as they are one of the building blocks for the Danube Strategy’s successful implementation. Still, in order to fully utilize available resources as envisaged by the Danube Strategy, it is of vast importance to upgrade administrative capabilities, especially at the local and regional tiers of governments and involve variety of societal actors in the preparation and implementation of projects. Therefore, conference also stressed the need to raise public awareness among different stakeholders about all the possibilities offered by the Danube Strategy and stressed necessity for active involvement of the sub-state actors and civil society organizations in Croatia for the Strategy’s accomplishment.