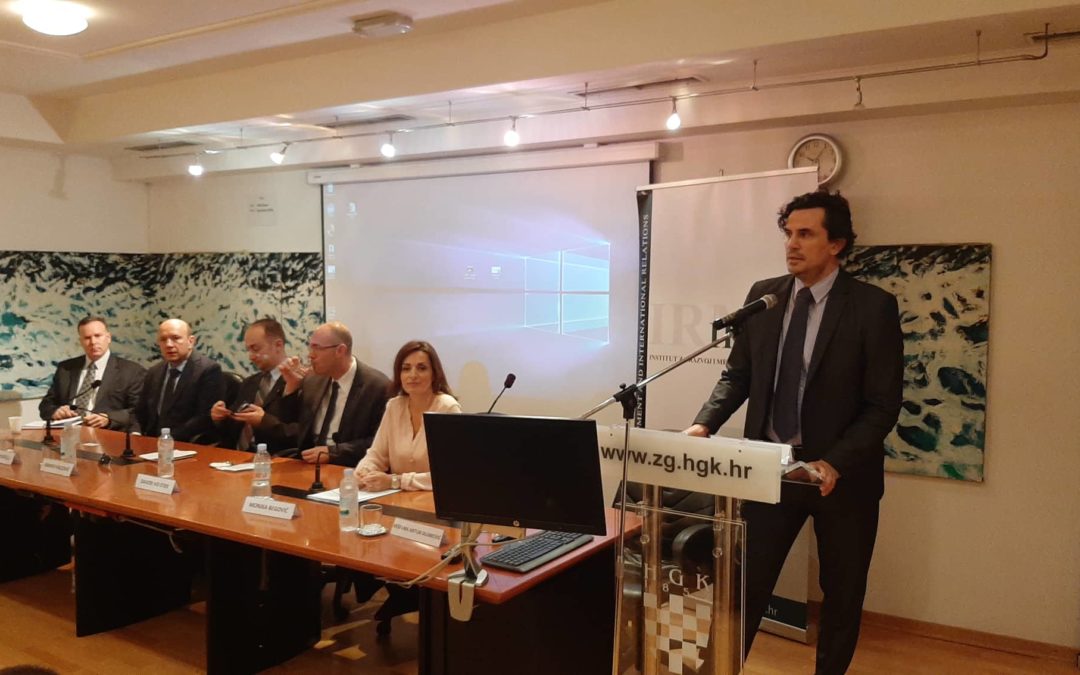 Within the project ‘’NATO: 1949 – 1999 – 2019/The 20 Years of Poland in the 70 Years of the Alliance’’ a panel discussion on NATO’s past and future and the challenges the  North Atlantic Alliance faces today was organized in Zagreb.

Before the discussion the panel was addressed by Bartosz Marcinkowski, Head of Political and Economic Section of the Embassy of the Republic of Poland to Croatia and Anna Kurowska, Program Manager at the Institute for Eastern Studies who presented the project and the publication that was written during its implementation.

In their opening remarks at the panel discussion the participants reflected on the current situation in the North Atlantic Alliance, on the  accomplishments achieved during NATO’s long history as well as on the regional challenges that the Alliance is facing.

The President of  the Atlantic Council of Croatia Monika Begović reflected on the achievements of the North Atlantic Alliance and on the  benefits that membership in NATO has brought to Croatia and Poland. The member of the Croatian Parliament Davor Ivo Stier and Senior Research Associate at IRMO Sandro Knezović presented the security challenges in South East Europe as well as the  positive impacts of  the Euro-Atlantic integration for the region. Kalev Stoicescu, Research Fellow at the International Center for Defense and Security in Talinn, and Ray Wojcik, Director of the Warsaw Office of the American think tank Center for European Policy Analysis (CEPA), reflected on the security threats that the North Atlantic Alliance is facing in Eastern Europe as well as on the relations between NATO and the Russian Federation.

Gordan Akrap, Director of the Hybrid Warfare Research Institute, made a presentation on hybrid threats to Western democracies after the panel discussion.

During the panel discussion, speakers have particularly stressed the importance of the Transatlantic relations, and expressed their conviction that both the United States and the European members of NATO will continue to support the North Atlantic Alliance as the bedrock of their security.