Representatives of IRMO at the Economic Forum in Krynica 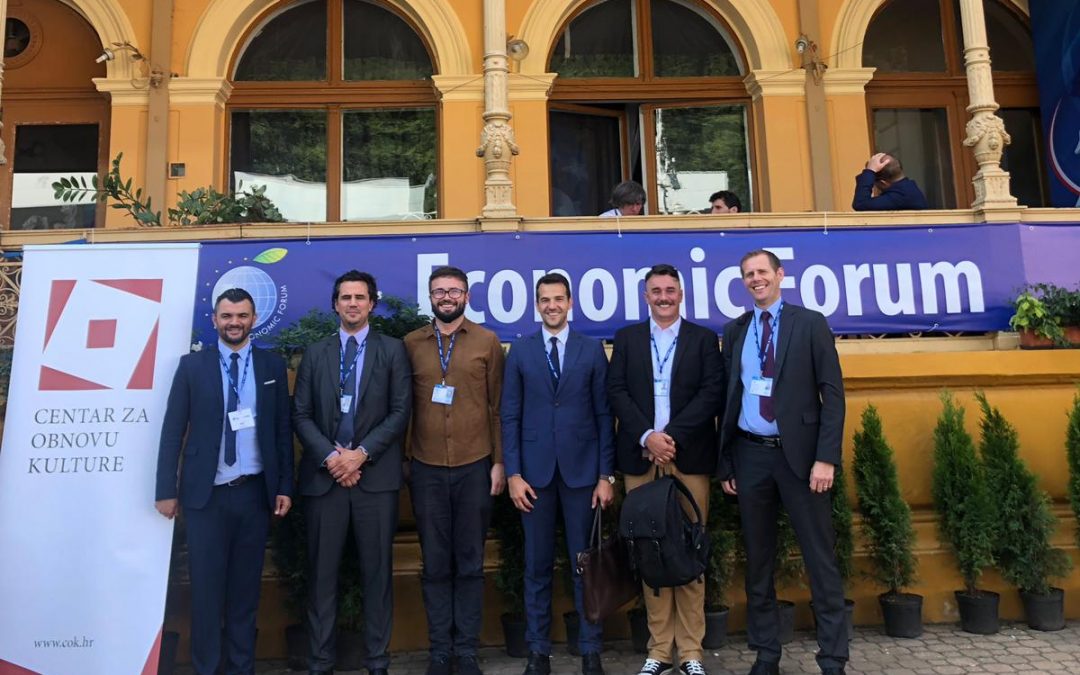 Institute for Development and International Relations (IRMO) was a partner organization of this year’s edition of the Economic Forum held September 3-5 in Polish town Krynica- Zdrój.

Head of Department for European Integration, Research Associate Jakša Puljiz, PhD and Senior Associate Krševan Antun Dujmović, M.Sc., participated at several panels organized during the Forum. Puljiz was one of the speakers on the panel under the title ‘’Role of the Regions in Building of Mutual Relations’’, and Dujmović participated on the panel “Should Enlargement Policy Be Back on the EUʼs Agenda?’’ and the other panel organized within a project marking the seventieth anniversary of the North Atlantic Treaty Organization (NATO).

The Economic Forum in Krynica, also known as the ”Eastern Davos”, was organized for the 29th time and is one of the biggest political and business events in Central and Eastern Europe.

Over four thousand participants from 60 countries in Europe and around the world were present at the Forum, and around 200 panels covered a wide range of economic and political topics, including the future of the EU, migrations, international security, global trade, digital industry, new communication technologies, regional development, energy and others.

This year’s leading theme of the Forum was “Europe of Tomorrow. ‘Strong’ Meaning What?”, and it focused on the Old Continent and on strategies that should guide the European leaders within global system in the next decade.