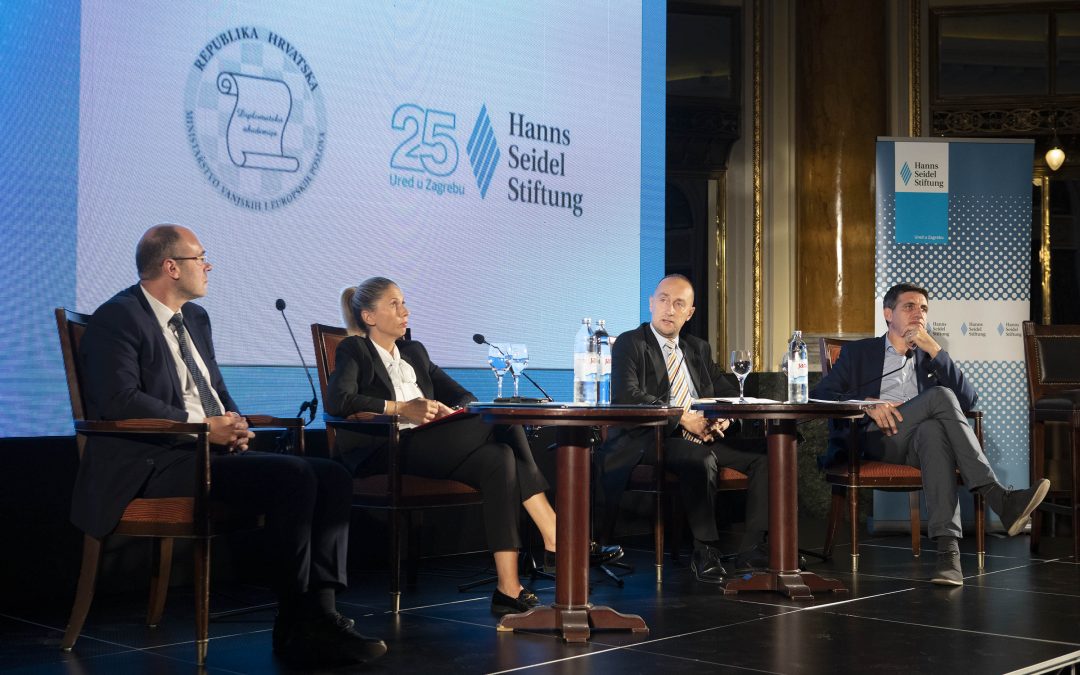 Sandro Knezović, PhD participated at the conference “Deeper integration for a stronger Europe”, organized by the Hanns Seidel Foundation and the Diplomatic Academy of the Ministry of Foreign and European Affairs of the Republic of Croatia, and under the auspices of the Government of the Republic of Croatia, held on September 20, 2022, in Zagreb. The conference was held on the occasion of the 25th anniversary of the activities of the Hanns Siedel Foundation in Croatia.

The topic of the conference was the future of the European project at the time of Europe’s confrontation with major global challenges, such as energy, migration, health and European identity crisis. Sandro Knezović, Ph.D. held a presentation on the topic called “Strategic Autonomy of the EU”, in which he discussed the development of the Common Security and Defence Policy of the EU, the concept of strategic autonomy of the EU and the strategic environment of the EU. Members of the academic community, the European Parliament, and members of the executive and legislative branches of Croatia and Bosnia and Herzegovina attended the conference.